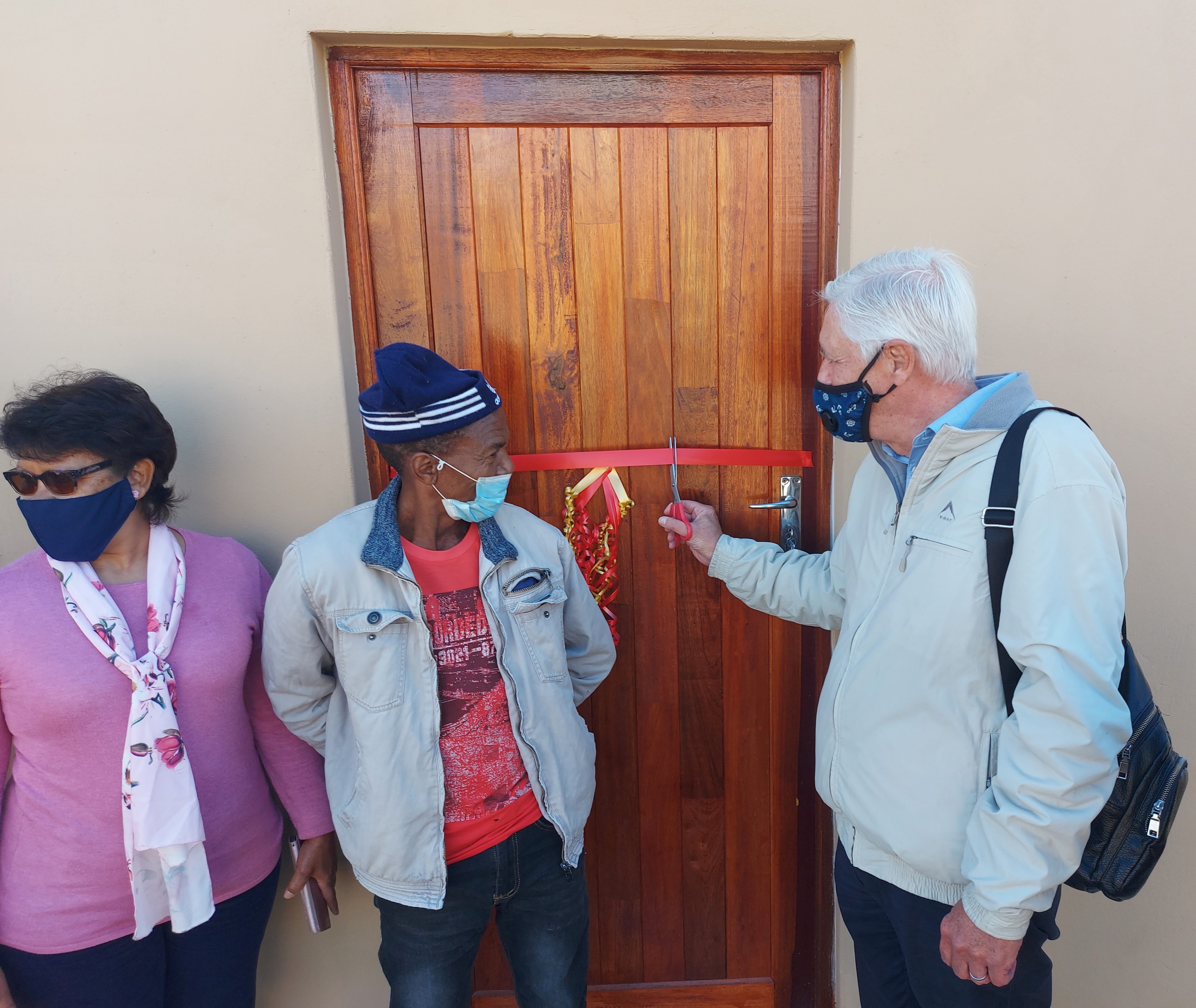 New homeowner Andile Fani and George Executive Mayor Alderman Leon van Wyk share a joke at the official handover of the last batch of houses in Phase One of the George Municipality Upgrading of Informal Settlements Programme (UISP) in Thembalethu this week.
Executive Deputy Mayor Charlotte Clarke is on the left.
One of the larger housing projects in the municipal area, the UISP in Thembalethu is an award-winning project started in February 2017. Phase One involved the establishment of 1746 serviced sites including 700 housing opportunities, which has now come to fruition.
New phases of this project will become available as funds are released via the Western Cape Department of Human Settlements. 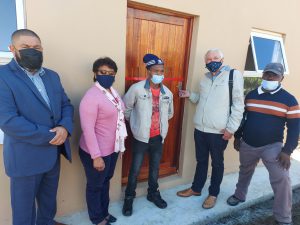