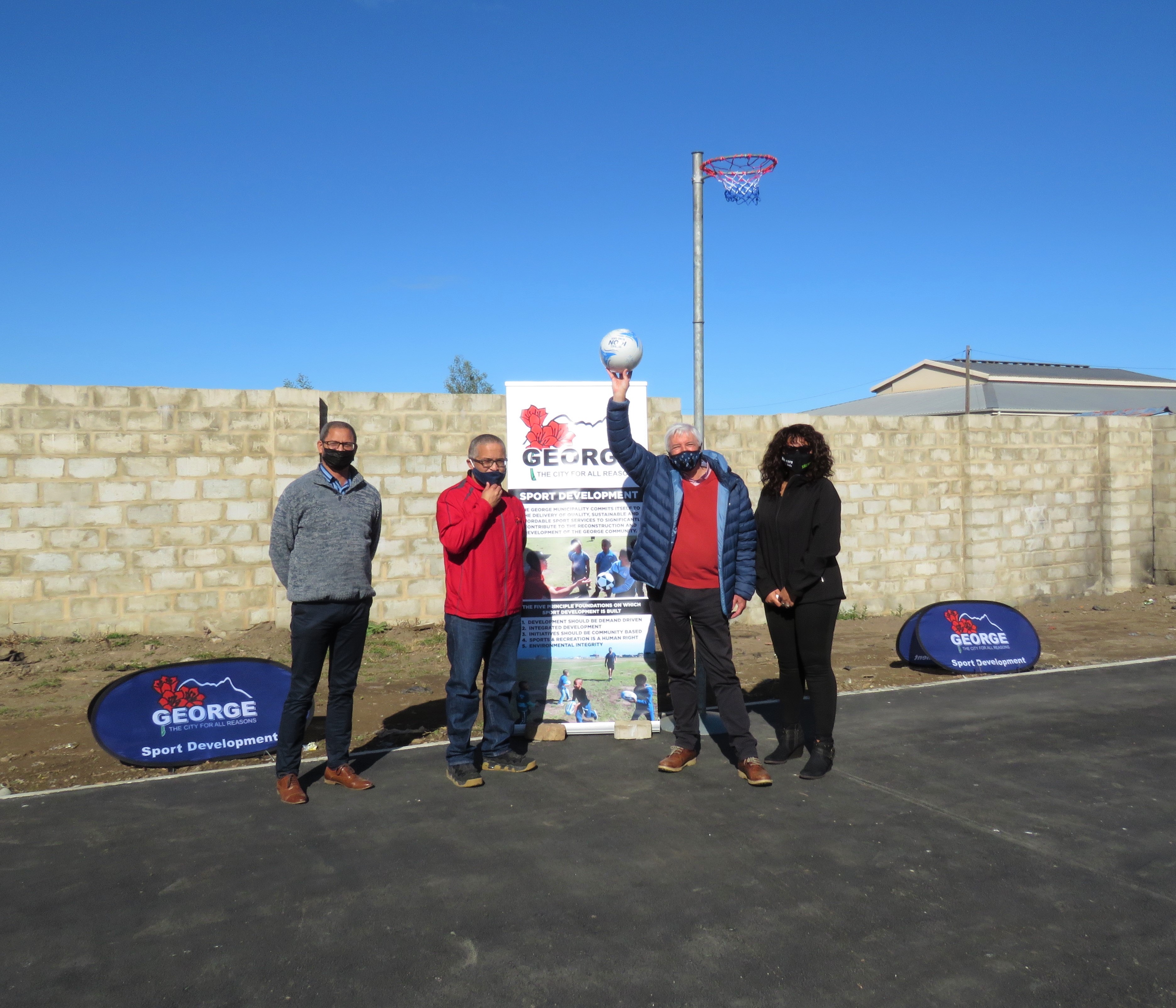 The brand new netball court at the Parkdene/Maraiskamp Sport ground is fully tarred after it has been built from scratch and will get its final synthetic covering this financial year. This covering will be durable and flexible. All of George netball courts are upgraded to the same standard so our players can be World Cup ready for the South Africa 2023 Netball World Cup that will be held in Cape Town hosted at Cape Town International Convention Centre (CTICC).