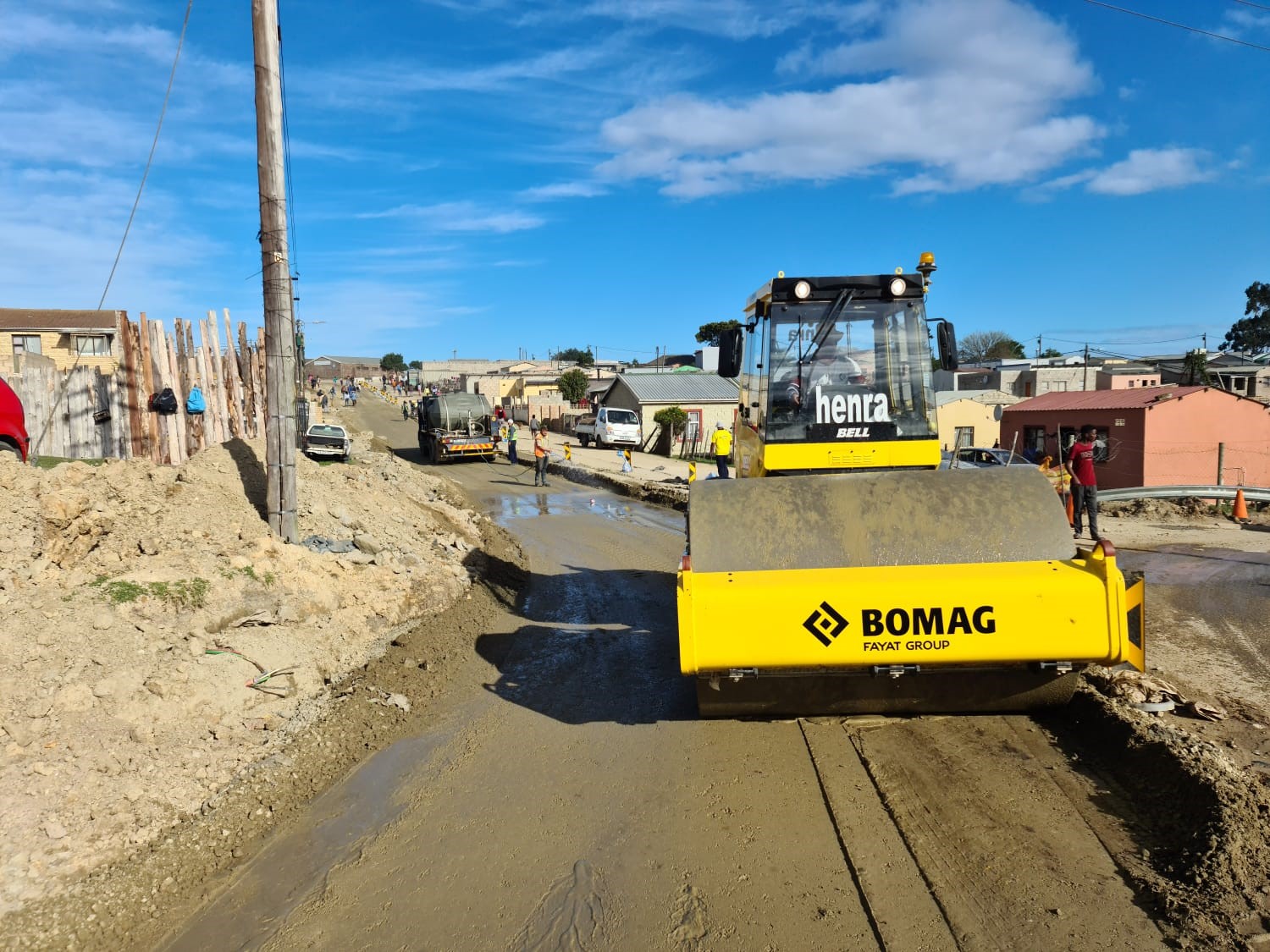 Market street
The three phases are progressing well, noting that the project did experience ongoing challenges with intermittent and frequent rain that is always problematic with deeper excavations. The optic fibre service provider is nearing completion of their works that has impacted on sidewalk space in certain areas.

The full project extends from the York Street to Hope Street (all 5 phases with the first 3 currently under construction) and the asphalting of the pedestrian walkway has started, which includes the paving of the furniture zone within the first section of Phase 1. (The furniture zone is the area for all street furniture (benches), street lights, waste bins etc. and acts as a buffer between the roadway and the pedestrian sidewalk.)

The first three sections (phases) are being carried out simultaneously and will as far as is possible, maintain property accesses with the necessary arrangements /provisions in advance with any affected business owner via Mr Alewijn Dippernaar, should access not be possible. Business and property owners affected by the road construction are requested to contact Alewijn Dippenaar at dyndev@mweb.co.za or on 082 457 5675 if they have any queries or concerns, and must not communicate directly with, or request information from, the Contractor’s personnel.

Makriel Street
The construction in Makriel Street in Maraiskamp, which serves as a link road between Conville and Parkdene, has been hampered by unforeseen issues with water, stormwater, electrical installations and weather delays. This has resulted in the project completion date being extended to the end of the year.

Rosedale Access road
The rehabilitation of a portion of the Rosedale Access Road, eastwards from Beach Road, continues to progress well despite weather challenges and remains on schedule for completion at the end of October 2021.

Tabata street Phase 1
The upgrading of the first portion of Tabata Street, Thembalethu, from Nelson Mandela Boulevard to Mfayana Street (about 760m), continues on track and the contractor has made significant progress in the past two weeks. The improvements to this main arterial through Zone 12, 13 and 15 will most certainly improve the experience of road users, pedestrians and the lives of residents.

The road, sidewalk (similar to other community routes) and stormwater system upgrades will improve vehicle and pedestrian movement, and reduce flooding of the street and properties. The entire intended Tabata Street upgrade extends from the intersection with Nelson Mandela Boulevard (Fourways) to where the road re-joins Nelson Mandela Boulevard and will be implemented in phases.

Paving of roads
The upgrading from gravel road to block paved roads in Zabalaza Str, Parkdene Pumpstation Road and Crescent Drive / River Street are in process,

General construction information
The impact on traffic movement varies for each project depending on the nature of work done, and the details are published in red-framed advertisements in local print media and the George Municipality social media channels ahead of commencement of construction . If the GO GEORGE service will be affected this is communicated by GO GEORGE champions on location as well as via the usual social media and other communication platforms. Municipal services such as water, sewer and electricity may be temporarily disrupted, and planned disruptions will be communicated via social media when required.