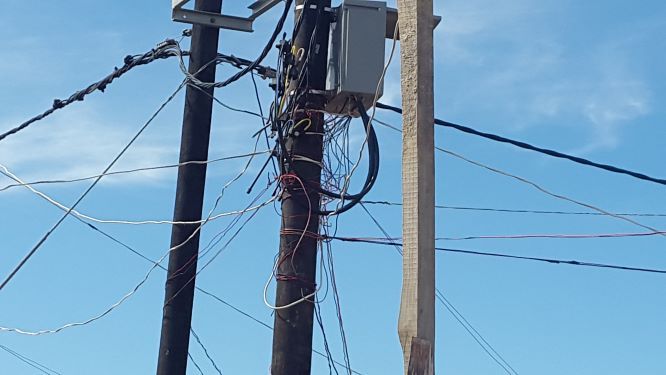 George Municipality confirms that an individual was found Wednesday morning (4 November 2020) at Tamsui Substation, fatally wounded after tampering with municipal electrical infrastructure. A large portion of Thembalethu and sections of Rosedale were affected by the subsequent power outage. George Municipality is undertaking an investigation relating to Occupational Health and Safety, which will be submitted to the Department of Labour and SAPS has opened an inquest docket for a general inquiry into the death. In a separate incident, a four year old child from the Asazani Informal settlement, was admitted to hospital, after touching an electrical cable which was illegally connected between houses.

Mr Steven Erasmus, Acting Municipal Manager said that both incidents are regarded in a serious light and that the highly dangerous conditions caused by illegal connections, cannot be emphasized enough. George Municipality remains deeply concerned for the lives of innocent children, adults as well as animals.
Legal consumers should seriously consider how these illegal connections affect them and their families. An illegal connection not only puts the perpetrator in danger of electrocution, risking injury and death but also the rest of the community. These connections lie across pathways and walkways where anyone passing can easily be electrocuted. An additional risk is that illegally connected wires can also make contact with other items such as roofs, gutters and washing lines, making these items live and able to conduct electricity.

The human body can only withstand about 50 milli-ampere (less than 1% of the current drawn by an average kettle) through it, before a medical condition called ventricular fibrillation sets in. To safeguard people against this, each house with legal electricity and a tariff meter is fitted with an earth leakage protection unit.
Children can easily be killed, due to their lower weight, as a result of illegal connections not having earth leakage protection.

An electricity connection is considered illegal when it is connected to the George Municipal network without the organisation’s permission. Wires are connected to a mini-substation or overhead pole. The forms of electricity theft include illegal connections, illegal electrification schemes and meter tampering and bypassing. These illegal electrical thefts are mostly in areas where illegal informal structures are built.

Where people have connected themselves illegally, George Municipality will continue to actively find the perpetrators and lay criminal charges against them. In terms of the Criminal Procedures Act, interference with and the damage to Municipal property, could be regarded as sabotage and should someone be found guilty of such an offence, a maximum term of imprisonment can follow.