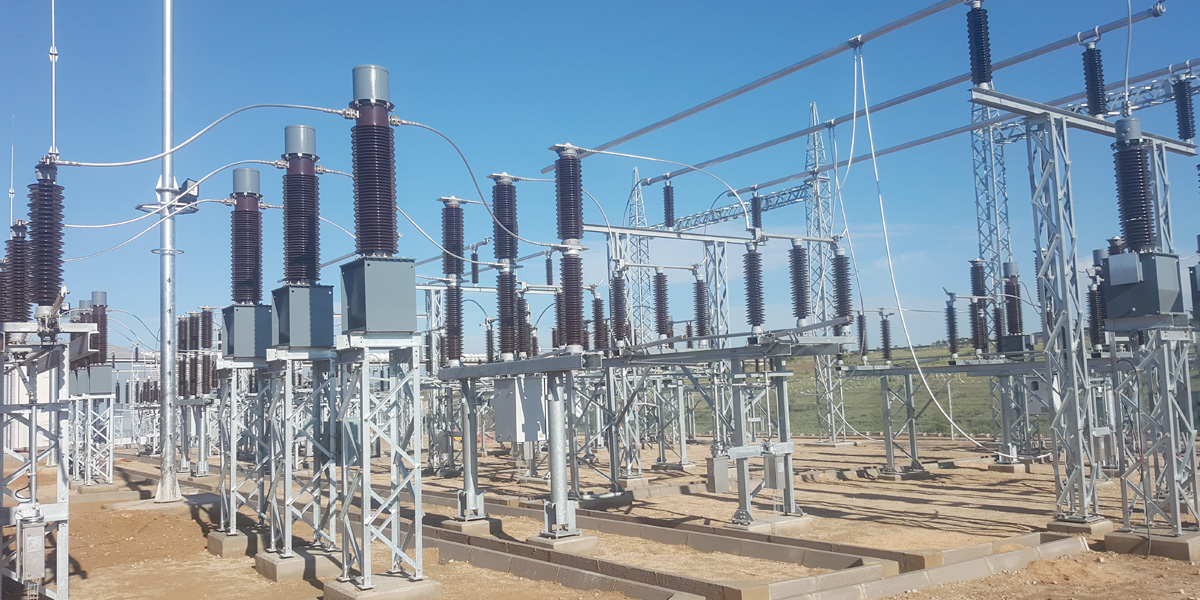 A new 66 kV municipal substation planned for Thembalethu will not only provide adequate capacity for growth in the area, but also improve the reliability of the electrical supply and provide additional job opportunities as the electrification projects are completed. The planning for the substation goes as far back as 20 years ago, when the Ballots Bay 11 kV substation in the southern part of Thembalethu was established. This 11 kV substation project at the time also made provision for a 66 kV substation. The electrical masterplans for George indicated that a 66 kV substation would be needed in the future. An Environmental Impact Study (EIA) was finalized in 2008 to gain approval for the 66 kV powerline routes to the various proposed substations in George which included the powerlines to Thembalethu.

In 2011, the new 132 kV Schaapkop substation was established to provide sufficient capacity after the existing ESKOM bulk supply had reached capacity in George, following the growth in electricity demand in George and Thembalethu. The bulk municipal electrical supply to Thembalethu also reached capacity and had to be increased to enable the electrification program to continue.
A presentation was made to the George Council in 2013 to acquire funds for the first phase of the establishment of the municipal 66 kV substation in Thembalethu. Funds were provided and the 66 kV power line from SS Protea in Pacaltsdorp to Thembalethu was built in 2014/15. This power line is energized at 11 kV to supplement the capacity and will be energized at 66 kV to supply the new 66 kV substation once it is completed.
During a UISP* (Upgrading of Informal Settlements Programme ) community presentation in Thembalethu on July 2014, the public was updated about an analysis completed to determine the impact of the additional electrical load on the existing Thembalethu electrical network as a result of the electrification projects that had been completed. At this stage the first section of the 66 kV power line between Protea substation and Thembalethu’s 66/11 kV substation would have to be established and operated on 11 kV before any further electrification can take place. Further urgent upgrades included the establishment of the municipal 66/11 kV substation.

The electrification of the formalised, as well as informal areas in Thembalethu, cannot continue without the upgrading of the bulk services in Thembalethu. The establishment of the substation is a key project in this regard. Subsequently, the 66 kV power line section between Thembalethu and the Glenwood Substation in Knysna Road has also been completed to place the new Thembalethu 66 kV substation on a ring feed.

Thembalethu 66 kV Substation
The position of the 66 kV substation was changed slightly to accommodate the final 66 kV line route that is aligned to the proposed main southern arterial road and a revised EIA for the new position was approved in 2016. The detailed planning of the substation began in 2017. The substation’s construction consists mostly of the manufacturing, supply and installation of 11 kV and 66 kV equipment, two new 66/11 kV 20MVA power transformers and ancillary protection and control equipment. The construction and commissioning of the substation requires specialized engineers and artisans.

Following standard supply chain processes, the tender was awarded this year and the appointed contractor has provided all of the initial procurement documentation, and is in the process of completing the final construction designs and drawings based on the equipment to be supplied. The construction of the civil work can begin as a construction work permit has been issued by the Department of Labour. Once completed, this will be the biggest 66/11 kV substation in the Southern Cape, and one of the biggest electrical capital expansion projects embarked on by the George Municipality over the last decade.

The first phase of the substation, which will include the commissioning of the 66 kV yard, first power transformer and 11 kV switchgear, should be completed in 18 months. It is envisaged that the complete project will be completed over 3 years, as and when funding becomes available.

*THEMBALETHU UISP HOUSING PROJECT
The project approved in 2010 will provide 4350 families with a serviced site with access to water, sanitation and electricity. The top structures will incrementally follow. As at 30 June 2021, 662 top structures had been built and handed over to beneficiaries and 2126 sites were serviced. Phase One of the Upgrading of Informal Settlements Programme (UISP) which delivered 1746 serviced sites was completed in June 2016, with 662 top structures to date. Phase two is currently underway with 380 serviced sites completed to date. The UISP is funded by the Western Cape Department Human Settlements with the George Municipality acting as the developer.