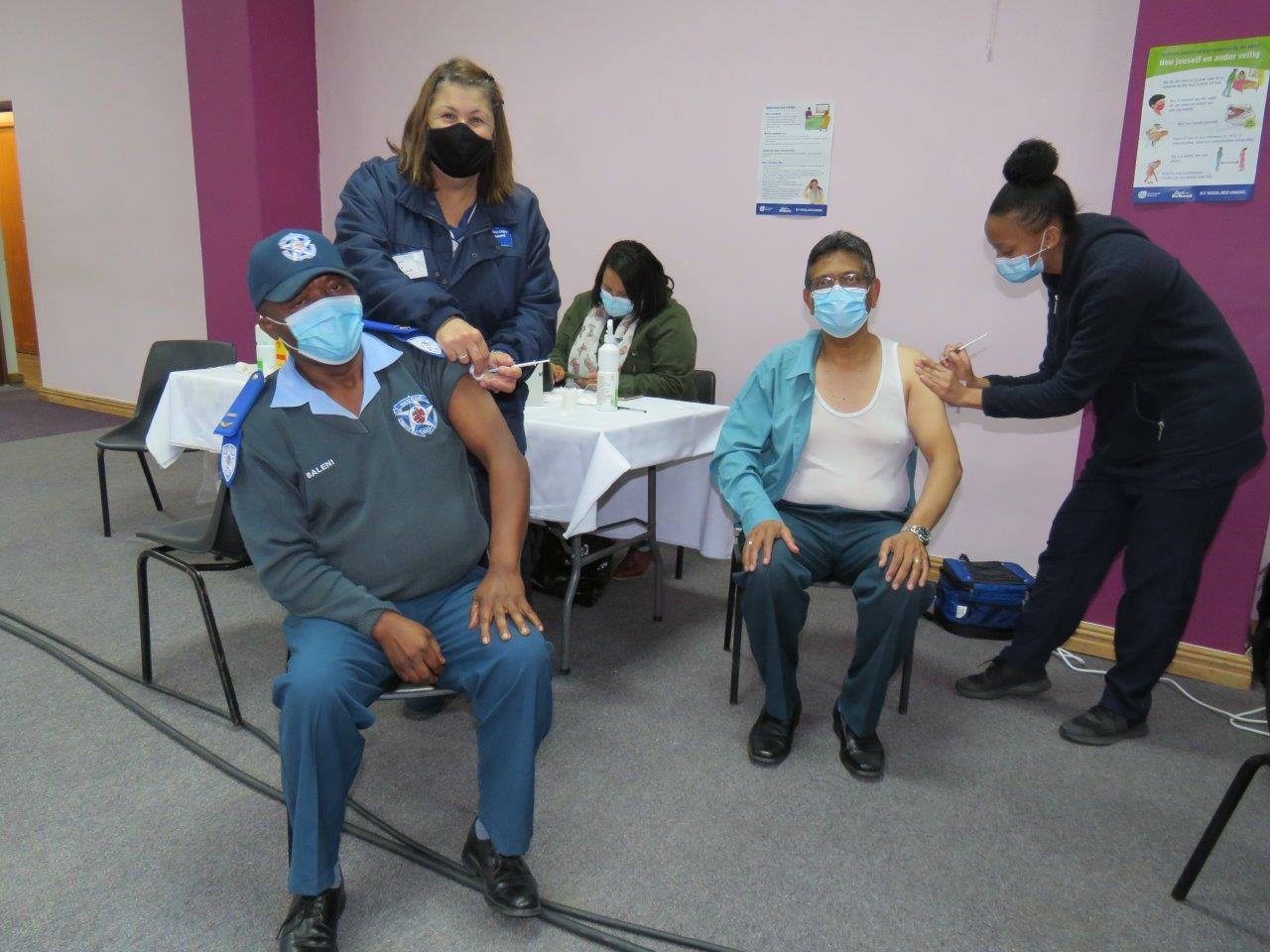 Text: George Municipality Traffic officers and administration staff were given the opportunity to get vaccinated at the AFM Church Pacaltsdorp last week Thursday. Two administration officials and 17 traffic officers participated. Vernon Petersen, Acting George Traffic Manager, said that there had been urgent requests from traffic officers across the province to be vaccinated, given that they have to interact with the public on a regular basis, and want to keep themselves as well as the public safe. Petersen said the initiative was taken up on provincial government level and arranged by the local traffic departments.

Traf1: Vernon Petersen, George Acting Traffic Manager, with some of the traffic officers that have been vaccinated.

Traf3: Here Traffic Officer, Boyisile Baleni, gets his vaccination from Nurse Manager Linda Geweld, Harry Comay Hospital. To the right Vernon Petersen, Traffic Chief, gets his second injection from Micaela Philander, a nursing student from the University of the Western Cape.