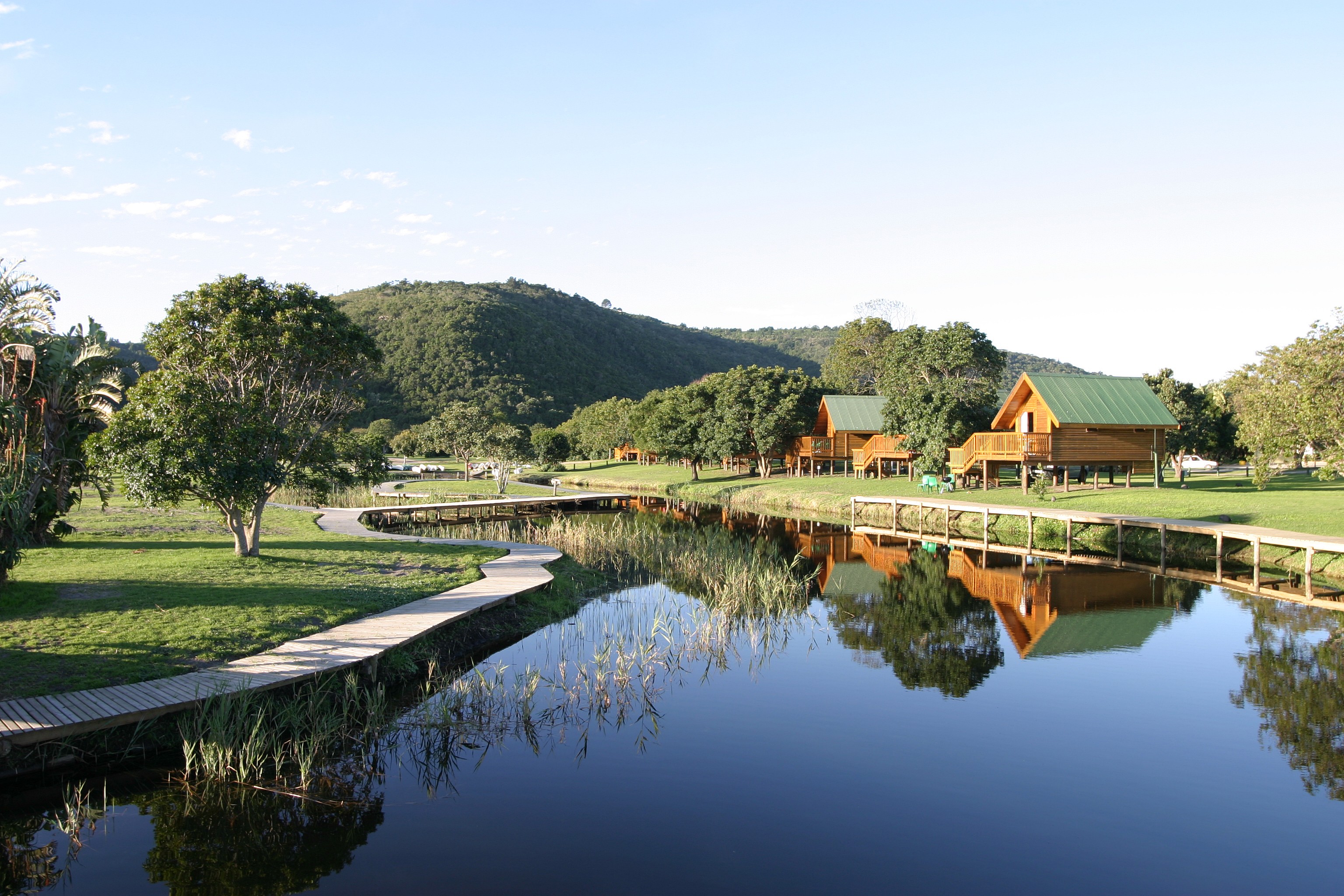 July 2021 marks the Centenary of Wilderness and a public meeting to establish a Centenary Committee to facilitate the festivities leading up to July next year, took place last week with Covid-19 protocols in place. Marlene Barnardt, Ward Councilor with Dirk Wessels, Portfolio Councilor for Finance and Strategic Services and Joan Shaw, Tourism Manager shared ideas with the attendees.

The idea of a Wilderness Centenary was initially suggested by Hugo Leggatt, well known Wildernarian to take place in 2020. The Covid-19 pandemic halted all plans in that regard and George Tourism took the opportunity to support the centenary celebrations for 2021 as means to make up for the economic losses experienced by tourism service providers, following the impact of the the bans on domestic and international travel.

Cllr Barnardt noted that a festival will not make up for all of the losses experienced by the tourism industry, but it will go a long way to continue establishing Wilderness as a destination of choice. “I would love to see a strong focus on wellness which could provide the sustainability to lead to ongoing annual events going forward. There are so many experts in the field of wellness living in Wilderness and with the unique and incredible scenic beauty at our disposal, I could not think of a better way to encourage visitors to Wilderness to enjoy the peace and serenity that attracted the residents in the first place. Wellness tourism is a world-wide trend that has grown tremendously and post Covid-19 will certainly peak interest in a wellness experience that embraces local culture, foods and the natural assets of an area such as Wilderness. I am very excited by the enthusiastic response to the proposed celebrations and trust that ongoing sustainable events that will keep Wilderness on the map, become my legacy as ward councilor.”

The concept for the centenary celebrations is to put together several events, possibly as many as 100, that take place over the next few months that lead up to July 2021. All events that form part of the Centenary will be marketed with a Centenary logo and George Tourism will play a supporting role in terms of the marketing with the Wilderness Ratepayers Association (WRRA). An event does not have to be a huge happening, it can be as simple as a beach clean-up, a musician at a restaurant or a wine tasting! Organizations will be responsible for arranging their own events and these events will be coordinated by the Committee to form a part of the overall festivities. Some of the existing events that have been suggested to form a part of the Centenary programme include: the annual SPCA Woof-a-thon; the Hoekwil Open Gardens, sailing regattas and music evenings. Other suggestions from the floor included a Centenary Dinner, a soap box derby, beach yoga classes, an Island Lake swim and much more. One of the highlights of the Centenary will be a launch of Hugo Leggatt’s book on the history of the area which is almost ready to go to print.

Cllr Dirk Wessels highlighted that he would like to see the festivities continuing for the whole of 2021. “The Centenary should lead to sustainable, annual events that will generate an income for local businesses and create jobs, even on a temporary basis,” said Wessels who stressed that what makes Wilderness so special is that it is unique and pristine – a rare offering that few other regions have.

The final committee consisting of volunteers was selected and which included representatives from the community and the Wilderness Ratepayers as members. Chris Boshoff, a local businessman and tourism expert has agreed to act as chair. Regular media releases will keep the public informed of events and activities.
Contact either Lindi Harley on lharley@george.gov.za or 044 877 0045 or Chairman Chris Boshoff on boardwalkadmin@global.co.za

Wilderness : A History. By Hugo Leggatt
There is increasing evidence that the coastal plains of southern Africa were the early
home to modern man, Homo sapiens. From here some would have moved out of Africa,
ultimately to people the world. Others remained here and their descendants became the
hunter-gatherers known to us as San or Bushmen. Figuratively, they trod lightly on the
earth and the soft sands of the Wilderness soils contains little of their story but the tale is
there to be read in the coastal shell middens, certain caves and the pictorial record in the
rock art of the mountains.

Later still, the Khoekhoe appeared with their sheep and cattle and it is they who first
appear in the written record when Batholomeu Dias rounded the Cape in 1488 and,
sighting land near Mossel Bay, mentioned “the many cows, watched by their herdsmen.”
Even after the Dutch settlement at the Cape in 1652, it would be more than a century
before settlers moved into the area which we call Wilderness. The deep gorges of the
Kaaimans and Touw Rivers were always a difficult obstacle to ox wagons and it was only
the building of a proper road to Knysna in the late 1860s that opened the lakes area to
settlement. This is the road now known as the Seven Passes Route. Although it generally
kept to the heights near the foot of the Outeniqua Mountains, it did open the forests and,
more particularly, made it much easier to get wheeled traffic through the river gorges.

In 1877 George Bennett of Liverpool bought land at the mouth of the Touw, built a house
and laid out a farm which he named “The Wilderness”. George and Henrietta Bennett
built up the farm over the next seven years and had a son and twin daughters before
George died in his early thirties. It was a remote spot and Henrietta left to marry her late
husband’s cousin in England. It was to be more than thirty-five years before the property
again had a resident owner.

Until the end of the 19th century Henrietta’s family kept an eye on the property for her,
sometimes letting the farmhouse. After the end of the South African War in 1902, The
Wilderness was bought by a syndicate headed by Montagu White. He did not live there
himself, using his other property “Fancourt”, but he was instrumental in getting the
farmhouse running as a guest house. He built White’s Road at a reasonable gradient up
the hills above the lagoon and, together with the arrival of the motor car, this put the
place on the map.

White’s death in 1916, followed by the end of World War I two years later, brought a
new beginning to The Wilderness. The property was bought by Wilderness (1921) Ltd,
headed by Owen Grant. OG, as he was widely known, settled on the property and
immediately set about developing it as a seaside resort with a name that was soon to be
known worldwide.

It is likely that the romantic legend of the foundation of The Wilderness was circulated at
this time. In this story a young man meets the beautiful orphan Theresa and she, insisting
on being taken away from “the hauntings of memory”, sang to him from Haydn’s
Creation “..In the wilderness build me a nest, let me remain there forever at rest..”. They
finally settled here after various trials, tribulations and adventures which included
difficult and dangerous wagon journeys over the Outeniquas, the clearing of jungle and a
wedding in which Theresa wore “an ancient bridal gown that once had graced her
grandmother in the courts of France”! A great story, much better than much which fills
many publicity brochures. Most who read it would never know that it was a total figment
of the imagination.

By the end of the 1920s, the old farm buildings had been transformed into a proper hotel,
roads had been laid out, plots had been sold and houses were being built. Many of the
thatched rondavels in the village date from that era.

On top of all this, the railway from George to Knysna was opened in 1928 with The
Wilderness as the only station on the line between George and Knysna. As early as 1932,
OG completed negotiations with Union Airways ( the predecessor of SAA ) whereby he
hoped that the Wilderness would receive a tremendous impetus. Arrangements were
made for an inclusive rate for Wilderness Hotel visitors coming by plane.

In some ways much of the basis for the future development of the area was already in
place by this time, but there was one exception. Apart from the three railway bridges,
there was no proper crossing on the Touw, other than the bridge on the Seven Passes
Road. All motor traffic between George and Knysna still travelled on the inland route.
Another World War had to be fought before the necessary machinery and finance could
be directed to building the initial National Road network. By 1952 the N2 was at last
opened and George and Knysna were linked by a tarred coastal road – in a sense the
modern infrastructure was complete.

Until the coming of the new road, the focus of the village had been towards the lagoon,
where the shop, post office and petrol pumps stood at the bottom of the village green.
Now all commercial activity swung round to be accessible to the highway.
More significant than this was the fact that now a vast new area was opened to
development. All the area known as Wilderness East began from this time, to be followed
in due course by Kleinkrans and Die Duine. Fortunately, in the mid-1980s the
proclamation of the Wilderness National Park placed limits on the destruction of the
environment which is the greatest asset of the Wilderness.