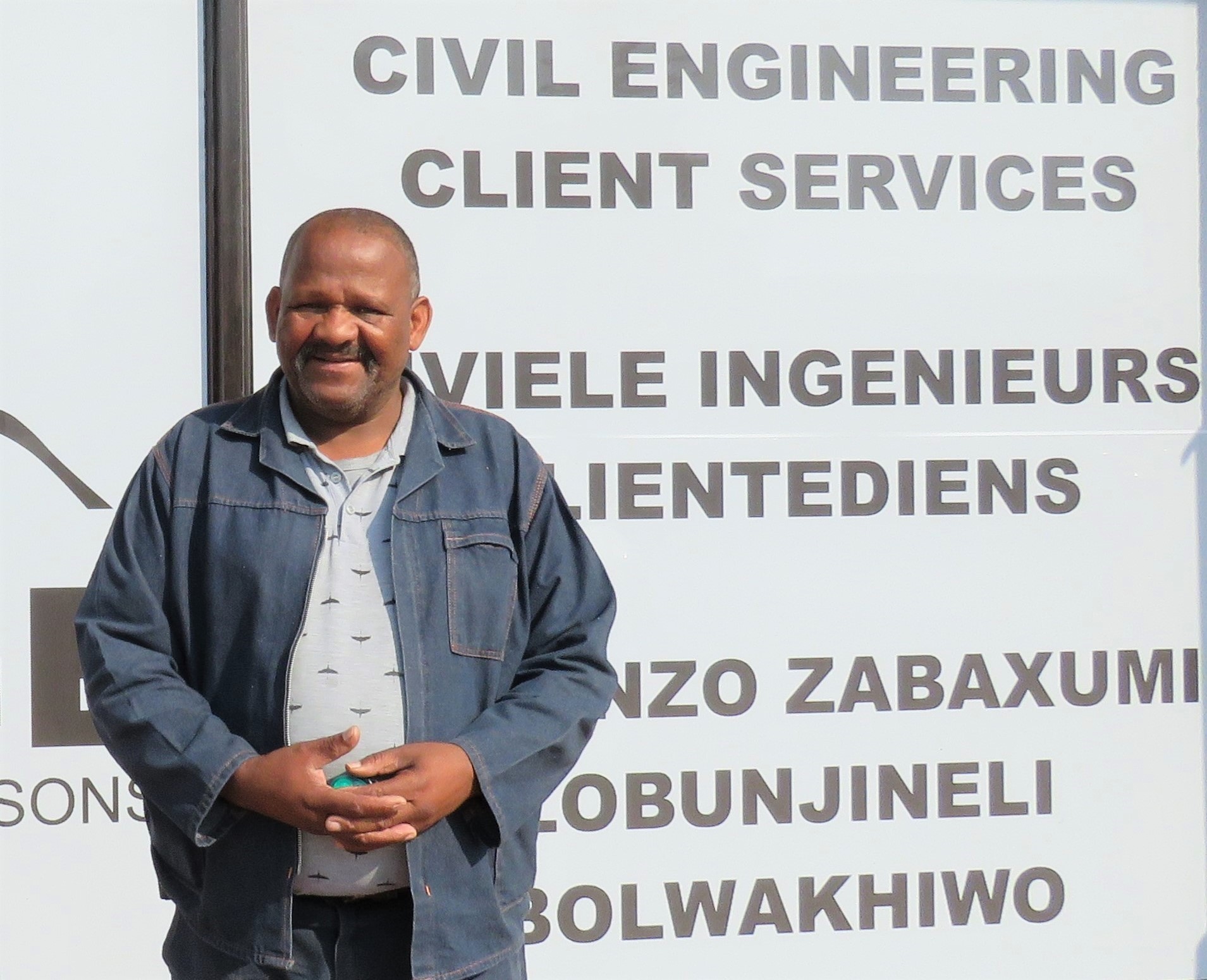 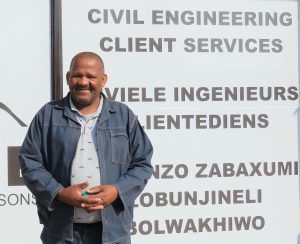 He is the fourth George Municipality staff member to succumb to Covid-19.

George Acting Municipal Manager Steven Erasmus said the municipality was saddened by the loss and extended its condolences to his loved ones. “Oom Gert knew everything there was to know about George’s underground water and sewerage lines and was an invaluable source of knowledge. We will miss his friendly demeanour and honour him and his family for the time and commitment he had towards his job and the people of George,” said Mr Erasmus.

Below is an extract published in the George Municipality internal newspaper, MunIndaba, in December 2018.

JP ‘Oom Gert’ Dikela
Jusiah Phillips Dikela, also known as ‘Oom Gert’ or just ‘Dikela’, has an underground map in his head. He has worked on the sewer systems below the town since he was 14 years old. “In most parts of George, I know exactly how the pipes lie and where the manholes are.”

When his dad became ill, Dikela had to drop out of school to support his family and got a job at the George Municipality in October 1974. “My boss, Chris-Jan Serfontein, used to jokingly ask if my mother still packed my lunch because I was so young, but he gave me a chance. I worked very hard and was eager to learn, which eventually paid off – I was transferred to the masons so I could learn how to lay concrete and build manholes.”

In 1981, at the age of 21, Dikela became a team leader responsible for laying sewerage lines and dealing with sewer blockages and became a supervisor in 1992. Since 2003 he has been overseeing sewerage suction services and the sewerage pump station. “In retrospect I realise how valuable the training was I had received through the municipality and how senior people had recognised and rewarded potential.

“We worked really hard but we also had fun. George and the workplace have changed a lot over the years, and it could be frustrating when the skills and knowledge of the older generation were not always recognised or used to its full potential for the benefit of everyone. The educated and the experienced should see the value in each other.

“There are parts of the job that are good, like the people I work with on the ground. I look out for the young ones and try to teach others the things that only experience can teach you. If my people have a difficult time, I try to help, because a happy staff member will be more productive.”
Dikela lives with his wife Emarencia in Pacaltsdorp. They have seven children, six grandchildren and a greatgrandchild (in 2018).