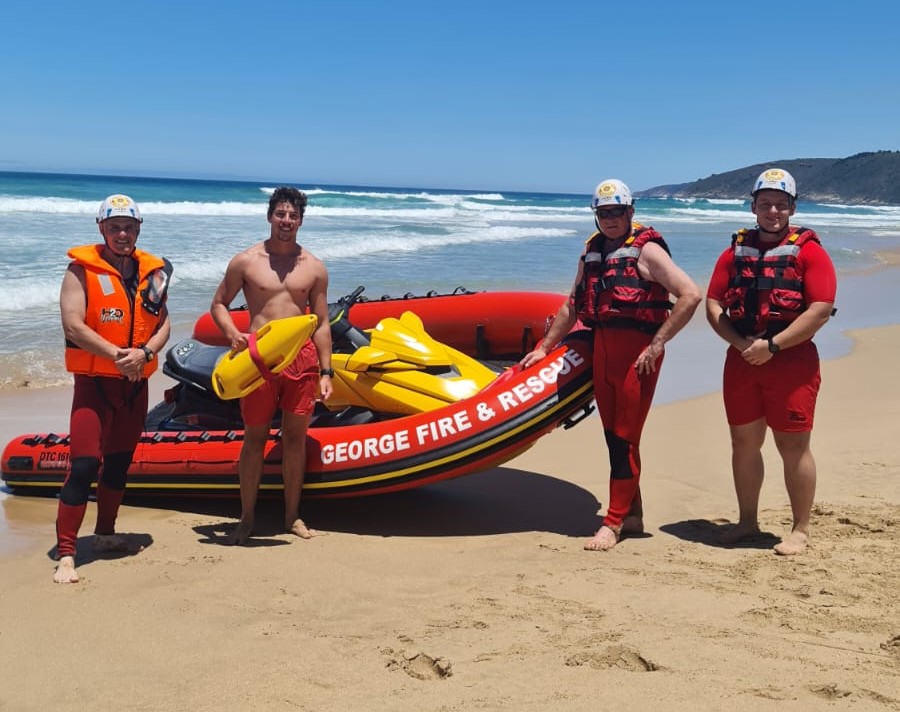 The George Municipality’s Fire Services and Disaster Management is proud to announce that it has added a new baby to its sea rescue equipment, an 1800 CC Jetski that is combined with pontoons of rubberduck which is now called a Jetrib. They are exclusively bought from Droomers Yamaha in Cape Town which has the patent. This will be the first 1800cc Jetrib in South Africa. 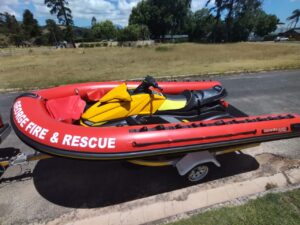 “This rescue vessel is a must-have for surf sea rescue,” says the George Municipality’s Chief Fire Officer and Disaster Management, Cornelius Barnard. “The agility of the larger engine allows for faster response and movement in between the waves, the safety of the pontoon floating on top of the water increases the rescue capabilities of the Jetrib in shallow surf much more efficiently than what a normal or smaller rubber duck would provide.”

The Jetrib is operated by two people, a skipper and a rescue swimmer and then can carry a third person as a victim. “The Jetrib is an extremely versatile sea vessel, and we are very proud to have it as part of the George Municipality’s fleet of rescue equipment, especially since it is in time for the season. The Skipper, Fire Fighter Johan Troskie, is a very well-versed and skilled skipper for these vessels. The skipper, the rescue team and the new vessel together make a great contribution to our ability to do shallow surf rescue during the season,” Mr Cornelius Barnard added.