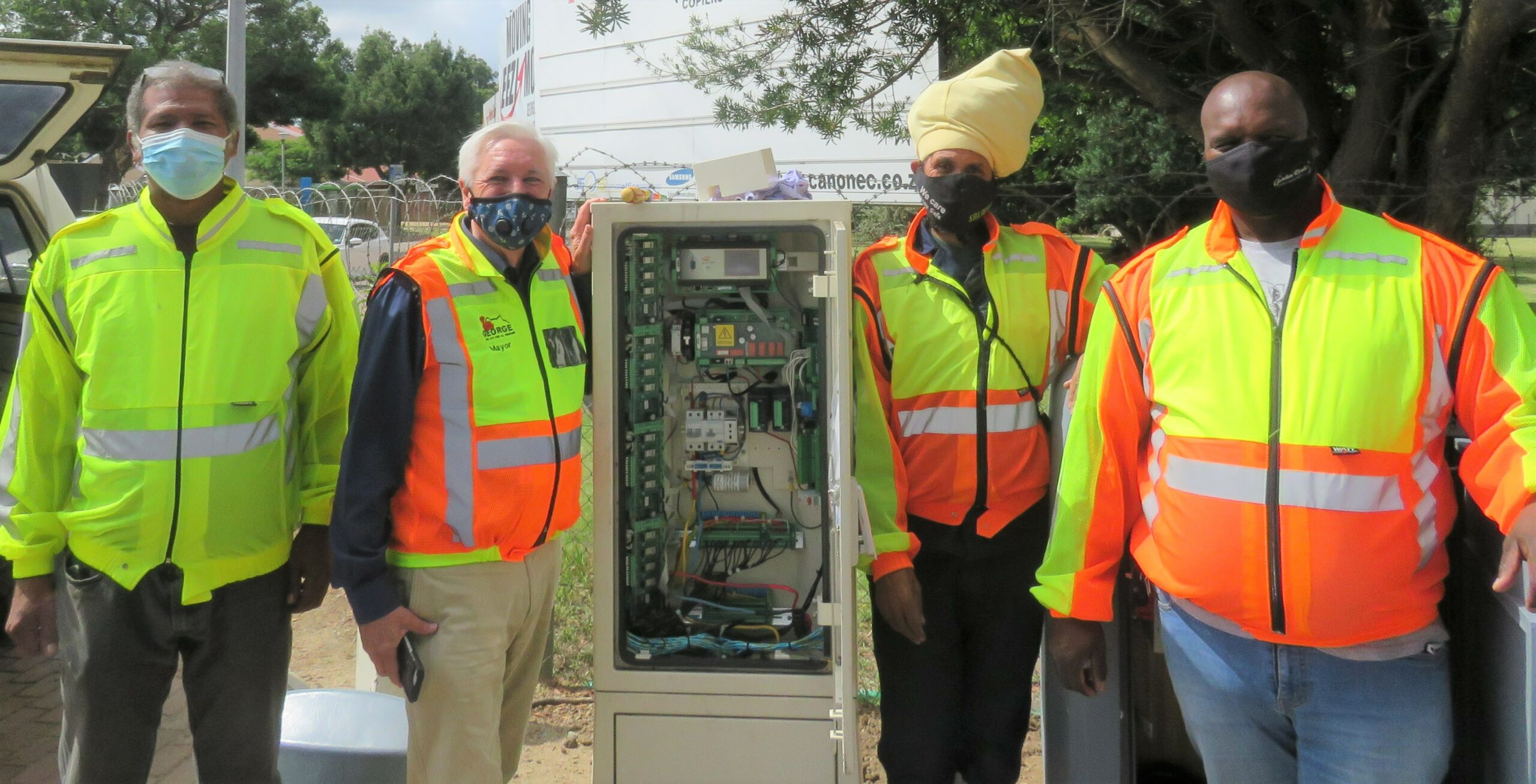 George Municipality has initiated a programme to resolve traffic complications during loadshedding or any other planned power outages. Several Uninterrupted Power Supply (UPS) units have been installed at selected major traffic intersections in the city to power the traffic lights during outages.

George Municipality Director Electrotechnical Services Bongani Mandla said the municipality hoped to install such units at 40 pre-identified sites at major intersections across the city as soon as capital budget for it was made available. “The measure is one of several sustainable energy solutions the municipality is introducing to reduce the impacts associated with loadshedding, including traffic congestion and human resources such as traffic pointsmen.”

The project which will cost approximately R2.5 million, makes use of batteries that are charged via our electrical supply. The UPS automatically kicks in and operates the traffic lights should the electrical supply be interrupted for any reason with an average duration of 4 hours, before the battery needs recharging. This will be a game changer at the major traffic intersections in George during peak hour loadshedding. The UPS housing is IP65 rated which allows it to be water and dust proof.

Executive Mayor Leon Van Wyk paid a quick visit to the team working on site last week to review the technology. In the photograph the Mayor is seen with from left Gerrit Carolus, Superintendent Streetlights; and to his right is Thomas Scheepers, Specialised Electrician Streetlights and Edward Nqumse, Action Senior Manager Services.

Mr Mandla commended the relatively small traffic lights team, who with a specialised skills set and commitment to service delivery address ongoing faults and maintenance at all traffic light intersections in the George area.