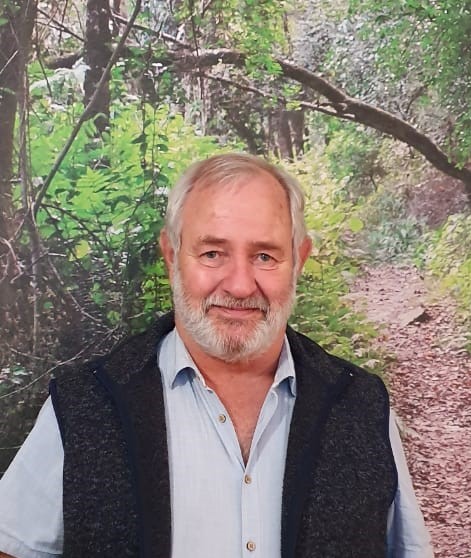 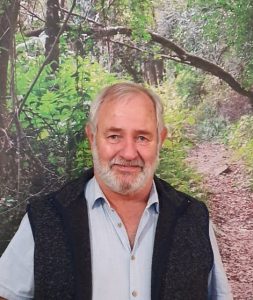 Radie Loubser was initially contracted to beautify the entrances of George with plants and features – 20 years later he retires this month as Manager of Parks and Recreation, from a job that had been mostly behind the scenes but with results for everyone to see.

In a time that saw George become one of the fastest growing towns in the country, Radie’s hand was on some of the most significant projects that will continue to benefit the city for decades to come.

These include gardens and features at the three main entrances of George and islands in York Street, upgrading of facilities at beaches, starting improvements at Gwaing and Herolds Bay camping grounds, turning land with a reputation for gangs and drugs in Pacaltsdorp into the now Kaptein Dikkop Amphitheatre, clearing plantation where the Denne-Oord Fire Emergency Airbase is now, clearing alien vegetation from 40km of the 66km (61%) of riverbeds that flow through the city (before funding stopped), negotiating a R8-million profit for the harvesting of plantation on municipal ground near the Garden Route Dam, working with local businesses to beautify sidewalks across the city and controlled burning of large tracts of overgrown vegetation in the dam catchment area that ultimately caused streams to flow and reduced the risk impact of the 2018 fires. “So many of these projects are underlined by the goodwill and generosity of the people of George – ordinary citizens, city officials and politicians that had the greater good of the whole city at heart,” says Radie.

Born and bred in Stellenbosch, Radie’s love and appreciation of the outdoors was established while travelling across South Africa with his land surveyor dad, Coenie. He obtained a BSc Honours degree in Forestry at Stellenbosch University and spent several of the following years working for the national Department Forestry in some of the country’s largest plantations including Sabie, the former homelands of Kangwane and Zululand and eventually Knysna in 1988 from where he managed the plantations around George, including the sawmill. “When the department recalled me to the head office in Pretoria, my wife Delène and I could not imagine returning to city life – our kids were growing up in this beautiful place with good schools and wonderful people – so I ‘retired’ at age 38, moved to George, and started my own forestry-related business.”

He also lectured Wood Technology at Port Elizabeth Technicon Saasveld campus (now NMU George), built houses and managed forestry projects. “For me, one of the greatest benefits of working for a government department as opposed to the private sector was the diverse skillset I developed instead of specialising. Managing state forest meant doing everything from nursery practice, planting, tending and harvesting trees, and running sawmills to building roads, overseeing staff housing, finances, firefighting and conservation – and it is this set of skills that eventually led me to George Municipality.”

In 2000 when it became clear that George was set for major growth, the then councillor Flip de Swardt and local businessman Sal Marsillio identified the need for upgrading the entrances to the town. Radie had been known to town officials through his dealings for Forestry and his own business and came highly recommended by the then Director Civil Engineering Basil Steyn as ‘a guy who could get things done but was a bit of cowboy’.

The cowboy-part turned out to be a good fit since the project required some out of the box thinking. “The budget was limited but with so much potential, and so many people willing to help. To this day there are private citizens, businesses and organisations across the municipal area who donate plants, keep sidewalks and clear riverbeds out of their own pocket – they are the reason I continue to believe in the future of this city.

“There are so many challenges for a fast-growing city, not even considering factors such as Covid-19, major economic concerns, political interference and the spirit of vandalism and illegal dumping that are very discouraging.

“I believe the ongoing hope for our city remains our people. There is so many opportunities, so many ways to contribute to the greater good. I still have so many ideas of projects and initiatives that can develop and benefit our city, but I have accepted that I must pass the baton. I am leaving the section in competent hands and have very high expectations of them.

“There are so many people who I want to thank and honour, but I know I will skip some important ones, so please consider yourselves thanked – you know who you are.

Radie and Delène intend moving to Kleinmond to be closer to their sons, Coenie and Oswald, and grandchildren. “George has been a wonderful place to live and we will always think of it with nostalgia, but we are also excited for this new chapter in our lives.” said Radie.