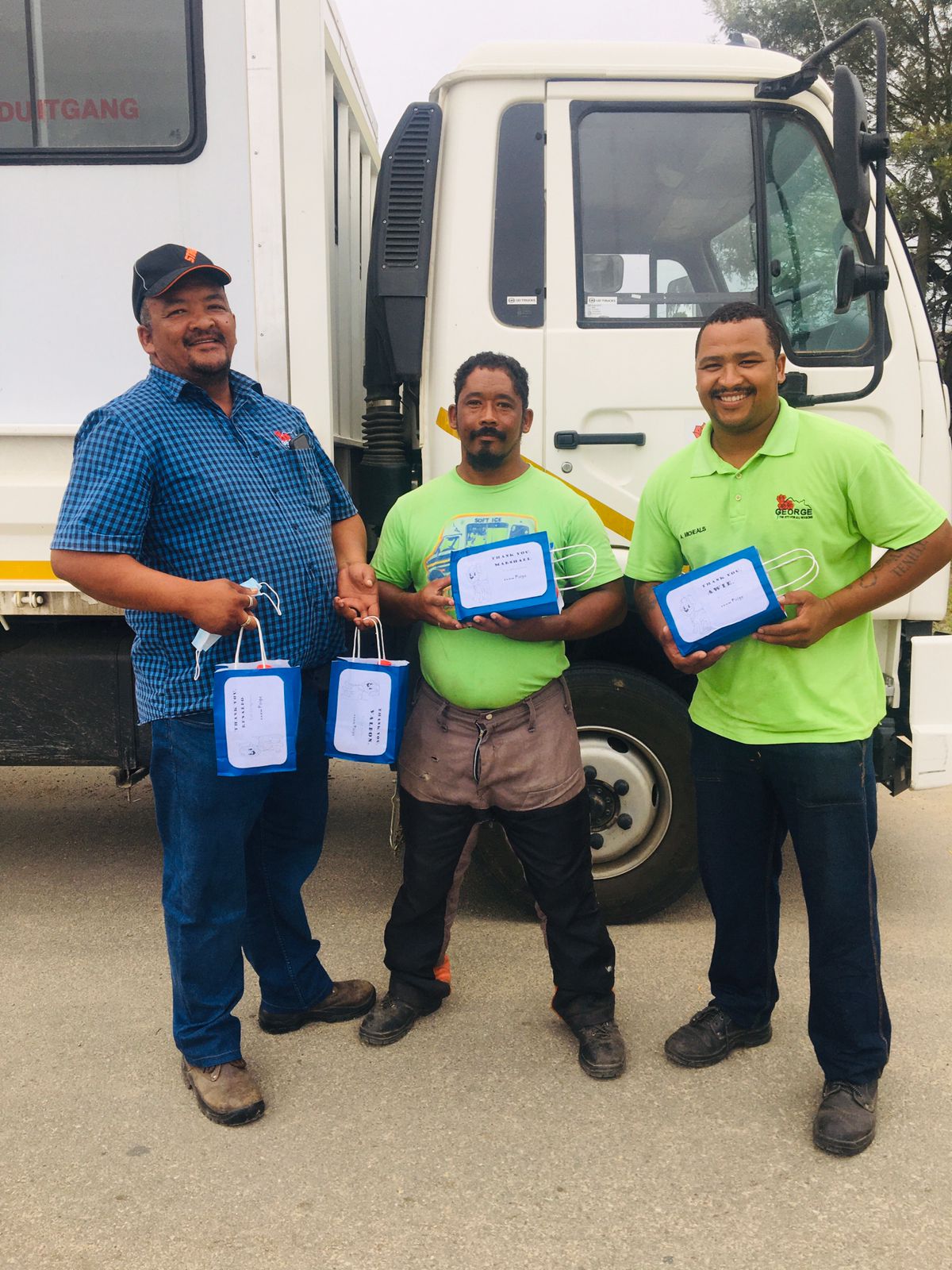 About two weeks ago, four parks and recreation workers from the George Municipality went beyond the call of duty and assisted in saving a stray dog that ran into Courtney Street.

A George resident, Desire Minaar tried to catch the little dog, which was running down Courtney Road near the Garden Route Mall but could not catch it. Thanks to Valdon Muller, Marshall Pedro, Awie Michaels and Renaldo Melville from the parks and recreation team little Paige was successfully rescued.

In a letter of appreciation to the Municipality, Minaar expressed her heartfelt gratitude to the “four heroes who made a massive effort to help catch this dog, which was very scared”. In a team effort to try and rescue the dog, it was eventually caught and taken to a place of safety. The dog had not just been taken to good care but also got a new name, Paige.

“It may not seem like a big thing to many, but to me, it was more special than I can possibly explain,” said Minaar. “Just when I have lost all faith in human beings, God shows me that there are good people out there and they live here in our midst.”

“Paige has had a terrible life but because of these men’s heroic efforts, she is now in a safe place, has been sterilised and is on the mend to a better life. We hope to have her adopted by people who recognise the value of her life. Whoever had owned her before, clearly abused her.”

As a token of appreciation, Minaar presented the four heroes with a small gift.

Dr Michel Gratz, the acting municipal manager also commended four workers for their assistance. “I am so proud of these colleagues, going the extra mile and helping a member of the public to save a stray animal. Exactly the commitment and culture we want to foster at our municipality. Well done to Valdon, Awie, Marshall and Renaldo! We are proud of you.”

Caption: FLTR: Valdon Muller, Marshall Pedro and Awie Michaels (Renaldo Melville could not be present for the photo session. Please note that Masks were removed for the purposes of the photograph.