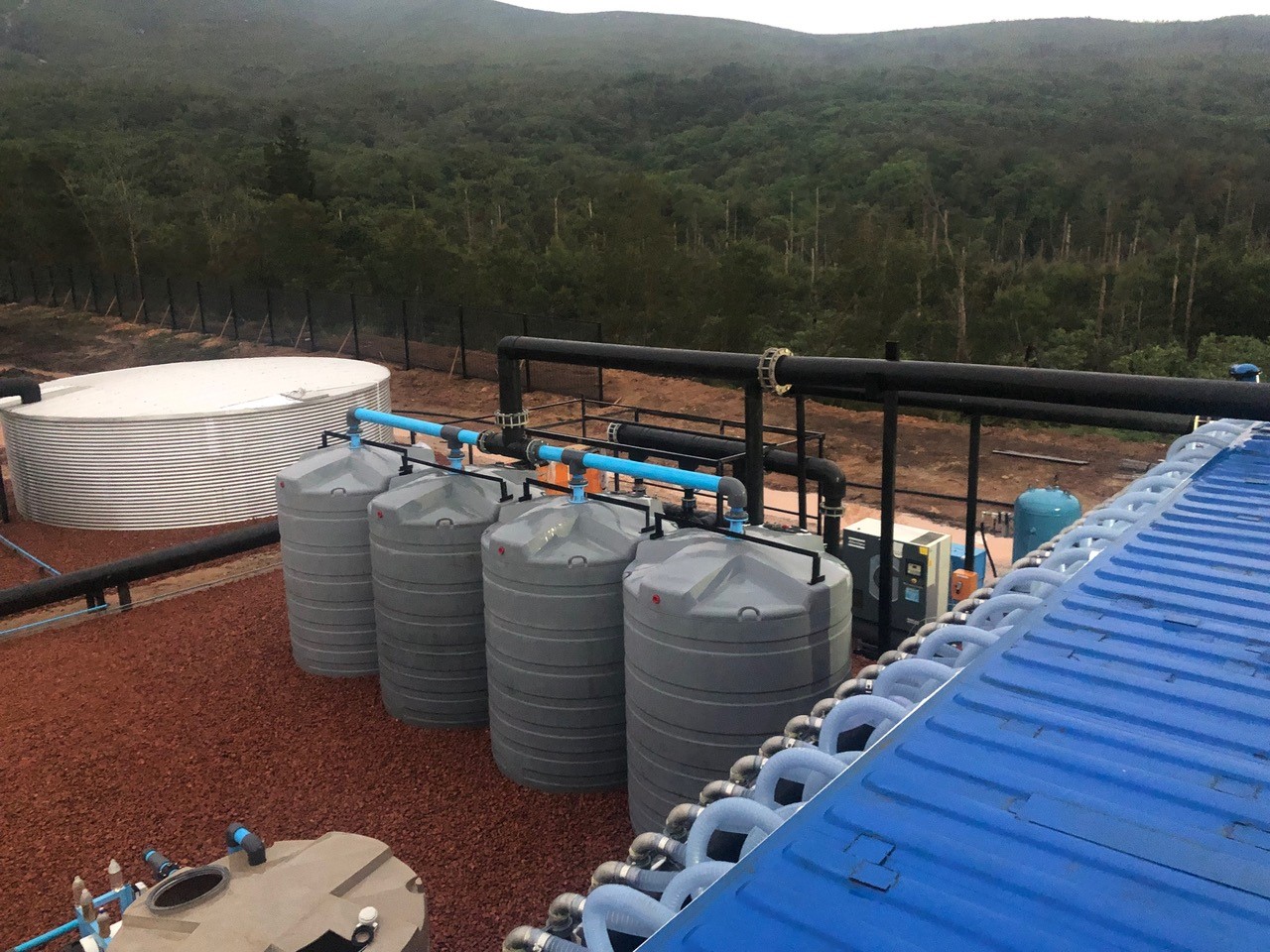 George Municipality has completed the installation of a temporary package plant with a very short turnaround time to help the municipality cope with the high increase in daily water demand during the peak season. Although this package plant will add an extra 5 Ml/day of treated drinking water to the daily production, there remains a high risk of not being able to meet the full daily demand for drinking water which is why water restrictions will remain in place to curb the excessive and unnecessary use of drinking water by residents and holidaymakers alike.

The package plant is also intended to supplement the available treated drinking water in 2023 while various rehabilitation work is done at the Old and the New Water Treatments Works, and availability of supply will remain constrained until the new 20Ml WTW capacity extension has been completed in 2025

Executive Mayor for George, Leon van Wyk and Portfolio Councillor for Civil Engineering Services: Capital Projects and BFI Cllr Jackie Von Brandis paid a visit to the new site of the package plant which was installed in record time. “We are extremely grateful for the work of Civil Engineering Services that managed to complete the installation of the package plant in such a short time to assist the town with portable water,” said Cllr Von Brandis. 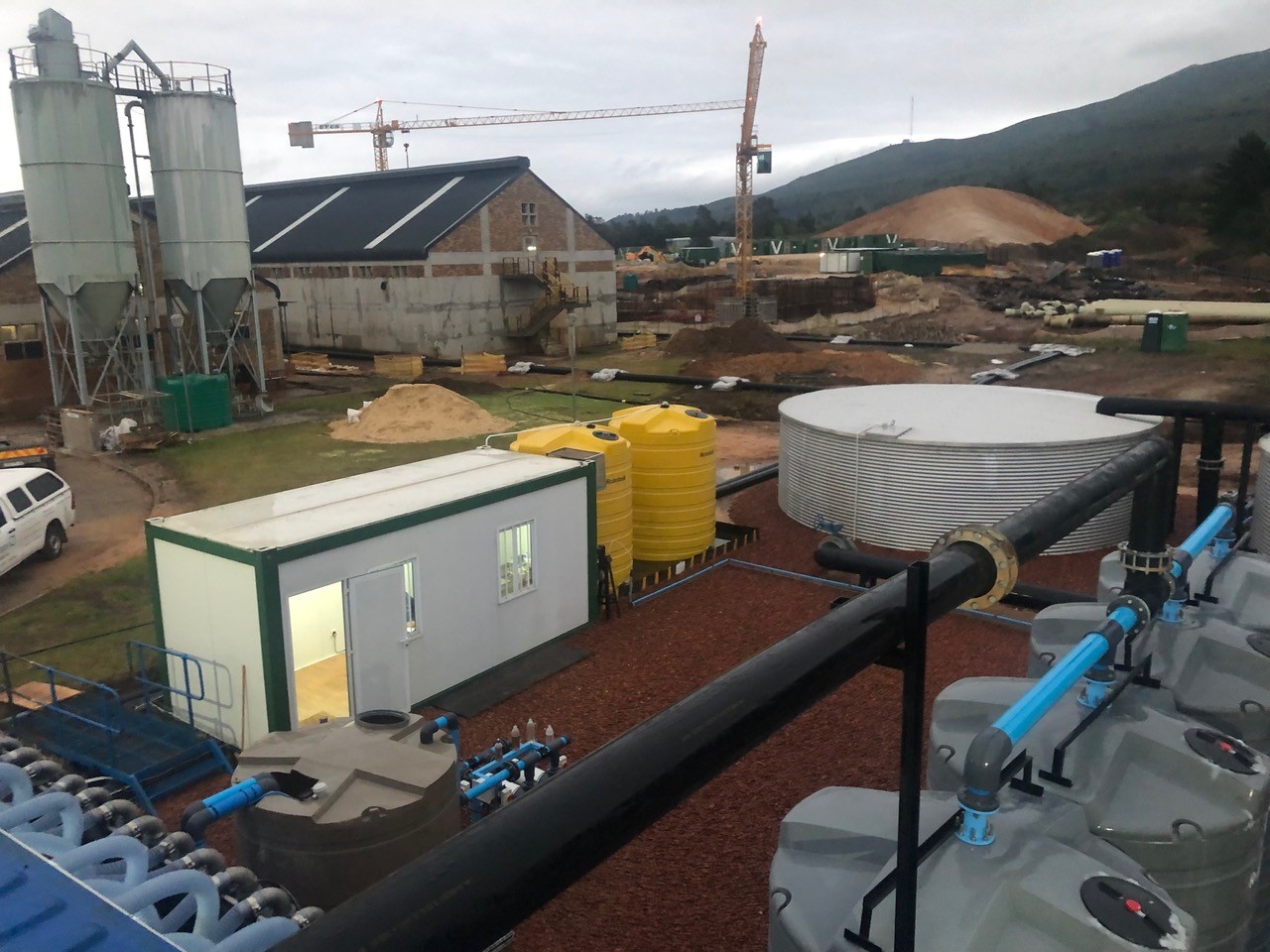 Why are the stricter water restrictions necessary?
The problem is twofold with the Garden Route as a whole on alert that our raw water sources such as the Garden Route dam are being affected by low rainfall  – the Garden Route dam volume dropped to 45.8% last week and although rainfall of 123 mm was measured over the last 7 days (from Monday 12th December) the dam  volume has only increased to 57.43% as measured Monday 19 December,  which gives us a grace period for which we are thankful but does not resolve the water scarcity entirely. At 57.43% the available volume is equal to approximately 165 days of raw water supply. It is expected that the volume may increase slightly with the post-rainfall runoff.

The Municipality is in the process of reviewing the Bulk Raw Water Resources Study that considers all potential resources. The public cannot assume that because we have been blessed with a short spell of decent rain that they can continue to use drinking water indiscriminately. We have no guarantee of what the rainfall patterns will bring over the next few months and we need to conserve what we have received.

However, if residents, holidaymakers, business and industry do not reduce their daily use of drinking water there is a possibility of us running into difficulties as the demand may exceed the capacity to supply sufficient drinking water. As previously reported the construction of an additional 20Ml/day Water Treatment Works (treats raw water to drinking water standard) is underway but completion only expected for 2025.

Follow this link for the detailed Stricter Water Restrictions in English/Afrikaans and Isixhosa.
https://www.george.gov.za/george-doc-categories/public-notices/general/

Contraventions of the Water Restrictions can be reported on 0800 424477. Fines will apply and/or six months imprisonment.