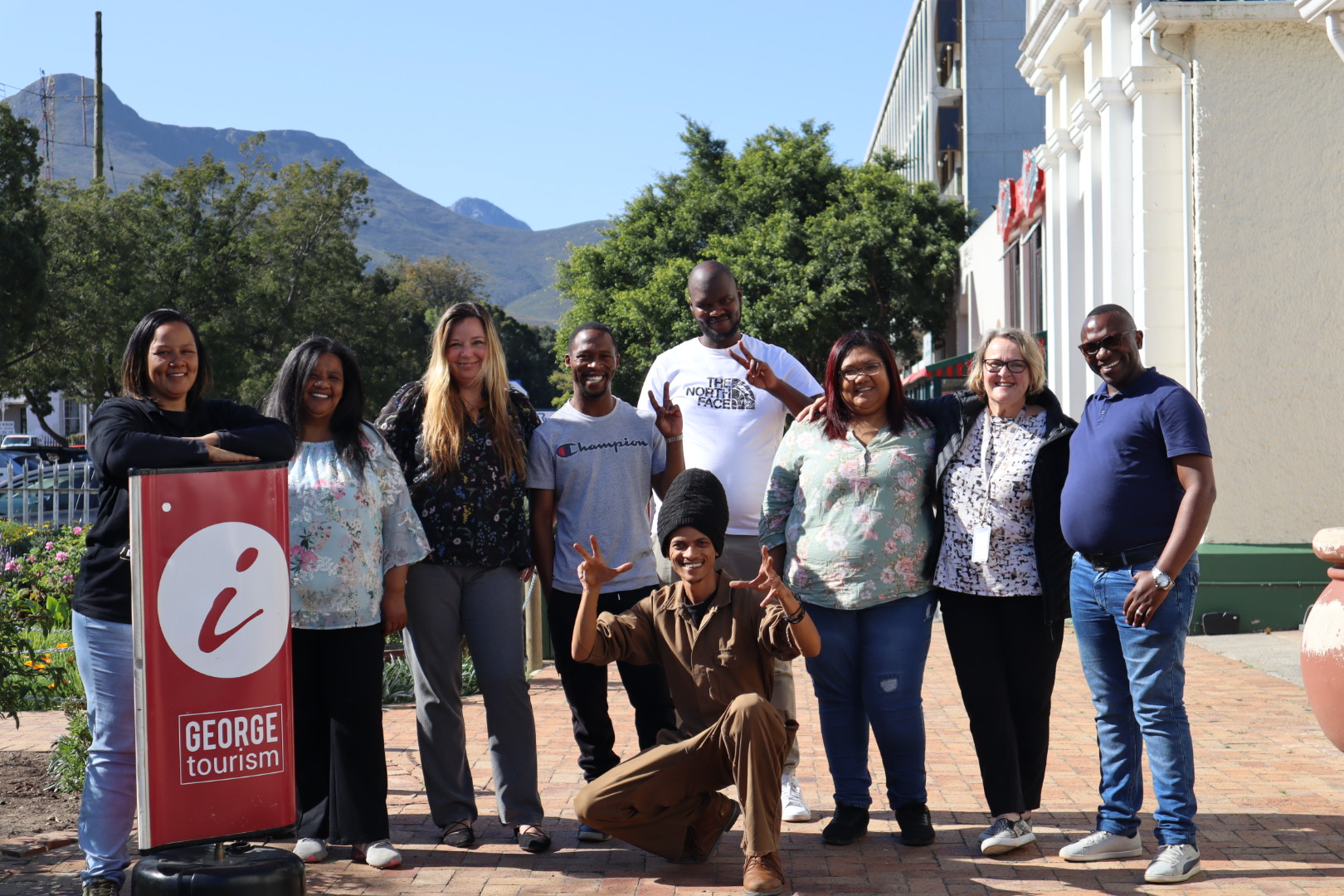 Five officials from the George Municipality received training in creative filmmaking on the 13th and 14th of September 2022 at the George Tourism office to enhance local tourism marketing strategies. Local filmmaking experts conducted the training as part of a service level agreement with the Garden Route Film Commission.

According to the George Tourism manager, Joan Shaw, the objective of the training which is intended for Municipal staff is to have a better understanding of the film industry, and what is required, as film productions are a target market for Tourism and Economic Development. “As part of the tourism marketing strategy, we want to empower staff that work with social media and projects, and general photography, which requires filming skills to improve the quality of their shoots.  We also encourage creativity and keeping up with trends in this fast-paced industry to keep relevant and get noticed,” Shaw said.

Three of the five trainees were officials from the Tourism office and two from the office of the municipal manager and the communication department, and they all never had experience in filmmaking. One of the trainees, Aphiwe Jack from the office of the municipal manager, said: “The film training was highly informative and fun at the same time. I learnt about the different types of gadgets being used in the film industry, from cameras, lenses, and stabilizers to lights and video editing software. Our team was amazing, thanks to all of them for making it such a wonderful experience for me, and finally, a huge thanks to the facilitators for such a splendid job showing us all the hard work it takes to become professionals in the film industry,” Jack added.

The training was conducted by Letitia Cunningham (Director Garden Route Film Commission), Megan Cunningham a multi-creative and a youth developer and Calvin Claassen an independent content creator and designer in the film industry. To add lustre to the training which included the outdoor taking of video shots, Pamela Pelser, a line dance choreographer from Step Together Line Dance School introduced a few dance moves to the trainees who responded fluently, and smoothly to the movements.