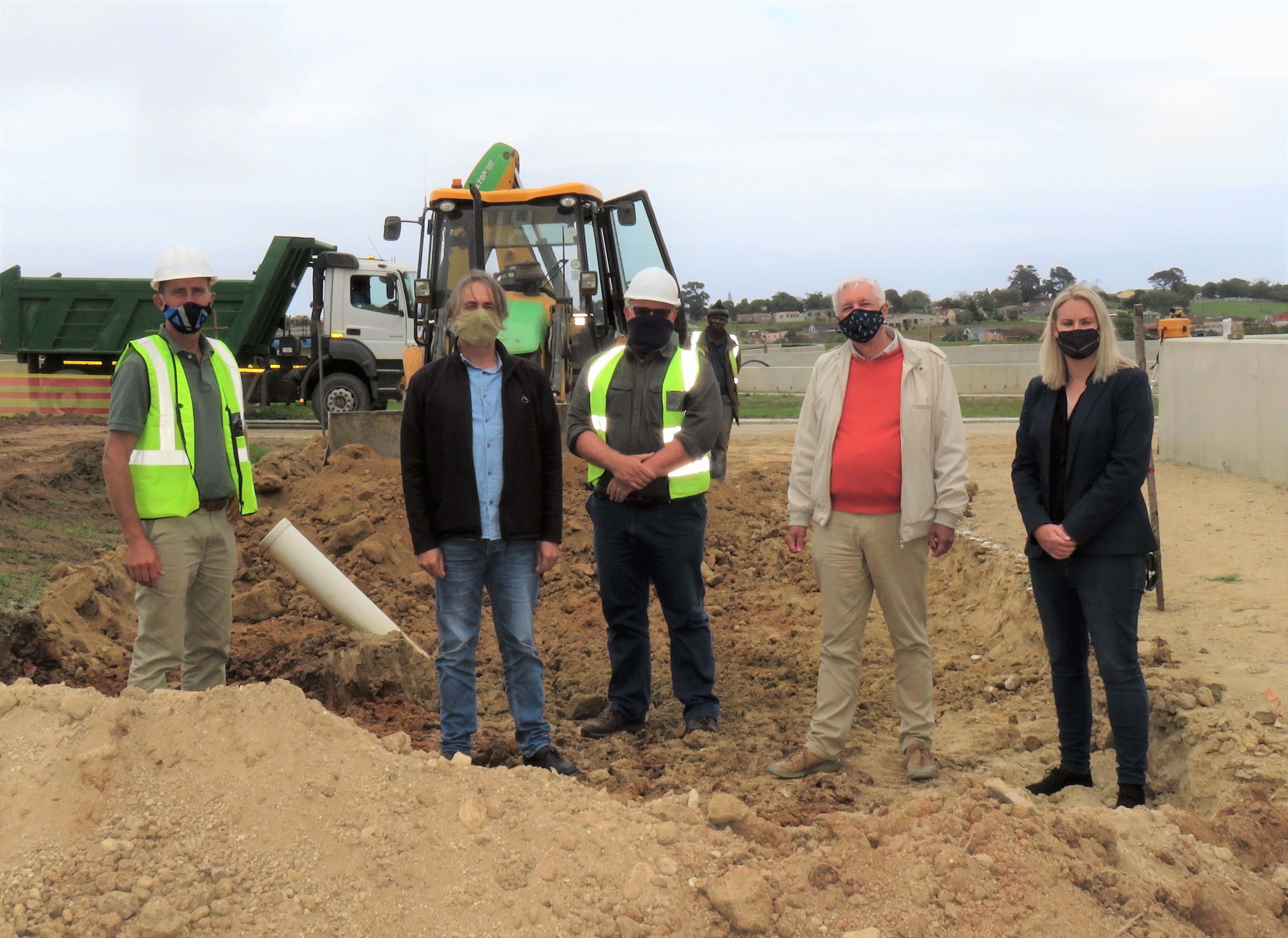 The final phase of major extensions and upgrades at the Outeniqua Wastewater Treatment Works (OWwTW) in Pacaltsdorp is underway.

The civil works for the project was completed in 2019, but unforeseen delays with the mechanical-electrical component of the works had stalled its completion. Acting Director Civil Engineering Services Lionel Daniels said the work permit for the relevant works had been issued and the contractor had commenced work.

“Four monitoring boreholes at Kleinkrantz, Herolds Bay, Outeniqua and Gwaiing have been drilled as part of groundwater quality monitoring over the past week, and access-related excavating started today.”

The design and approval process for the upgrading of the mechanical and electrical construction works are underway, and orders for relevant equipment will follow upon signoff of final specifications.

This final phase will take an estimated two years to complete and comprise all mechanical-electrical works. Should no further delays occur, the upgraded additional 10Ml/day capacity facility should be operational in the first quarter of 2023.

George Municipality Acting Municipal Manager Dr Michele Gratz said the municipality was looking forward to the completion of the upgraded plant which would be a catalyst to much more development than what the current plant could manage.

“Delays to these upgrades have been frustrating to the municipality, developers and stakeholders alike and we are relieved that this contract is finally underway. George remains a desirable development and investment destination and the many infrastructure projects taking place – such as current stormwater upgrades and the planned widening of Thembalethu bridge over the N2 – go a long way in confirming the city’s commitment to long-term sustainability,” said Dr Gratz.