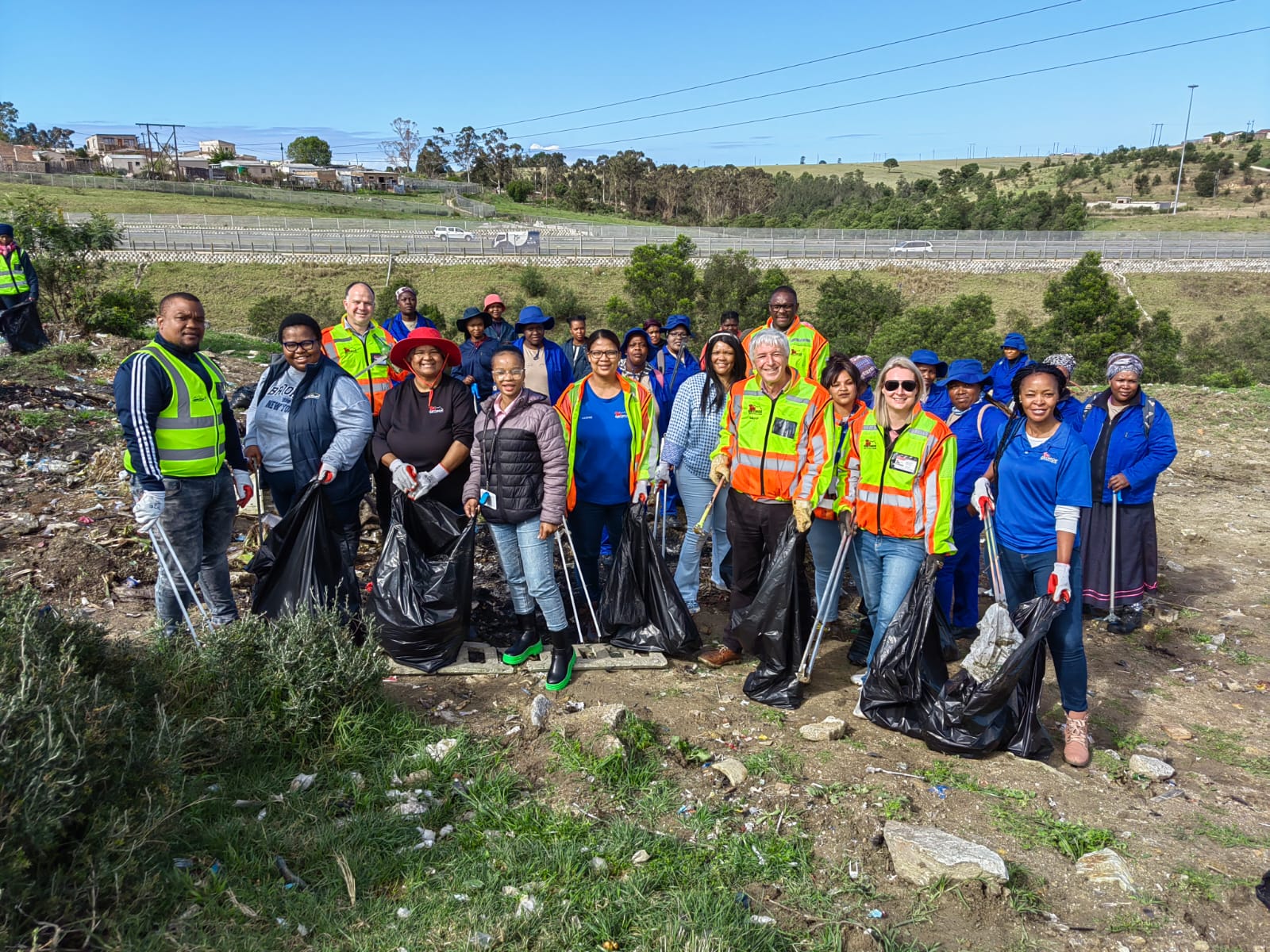 George Mayor, Councillor and the Municipality’s Cleansing team together with other government stakeholders removed 250 bags of rubbish from four dumping sites and areas in the communities as part of a Cleanup Project from 20-21 September 2022 in celebration of World Cleanup Day.

The George Municipal EPWP workers, officials from the Environmental Department, Department of Agriculture and Rural Development EPWP workers, Garden Route District Municipality and former offenders from the Department of Correctional Services joined to clean up our communities in Thembalethu, Lawaaikamp, Zone 9, Rosedale and Parkdene along the N2 highway.

According to Janine Fernold from the Environmental department, five members of the public joined in on the project. She said although we would want to see more people get involved in ensuring we live in a clean environment; we are grateful for the few who assisted. An education/awareness campaign also formed part of the project. Officials distributed pamphlets from door to door to inform and educate the public on the ills of illegal dumping and involved schools as well.

World Cleanup Day unites millions of volunteers, governments and organisations in 191 countries to tackle the global waste problem and build up a new and sustainable world.

The municipality needs your help to combat illegal dumping: