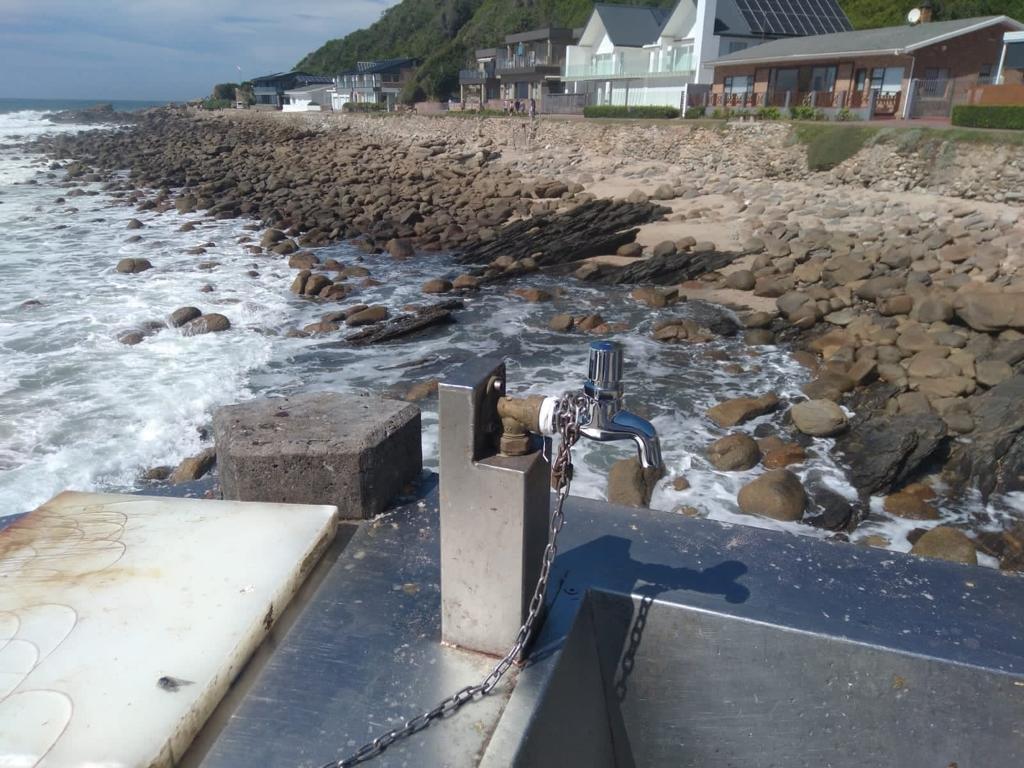 To help alleviate the demand for potable water, the George Municipality is putting the words, “charity begins at home” into action when it started with two water demand reduction campaigns: the installation of 2litre plastic “coke” bottles in its toilets flushing systems in its facilities and replacement the traditional taps in beaches with push-down taps.

The crisis on water supply became serious to an extent that the City of George had to urgently implement water restrictions and water throttling in George. The reservoirs are drying up, due to high water demand versus water supply.  The water treatment works cannot meet the current potable water demand and cannot ensure adequate reservoir storage volumes to meet the emergency storage volumes required.

These two campaigns are taking the efforts of reducing the water demand further and putting the George Municipality in a position of leading by example. The Municipality has so far collected more than 1000 2litre plastic bottles to install in its 54 facilities ranging from municipal buildings, offices, recreational facilities, community halls and libraries. Thanks to a recycling company, based in the George Industrial area, Henque Waste, for sponsoring the Municipality with more than 800 bottles. We would like to express our heartfelt gratitude to Henque Waste for its contribution to this campaign.

The installation of these bottles started at the beginning of February this year with two teams of workers from the Municipal auxiliary services accompanied by plumbers.  These teams are going all over George installing these bottles in Municipal facilities. Some of the toilet flush systems are built small and do not accommodate the size of the 2litre bottle; in such cases, we adjust the flush system itself to flush less water.

Some spin-offs that this campaign yielded is that it turned out that some of these ablution facilities had leaks that otherwise could have not been immediately detected; and as the installations of the plastic bottles happen, problems in the ablution facilities are being detected and repaired.

Push taps replace conventional in Municipal facilities to save water

Another initiative that is aimed at reducing water demand from George’s reservoir is the replacement of traditional taps with push down taps in George facilities, including beaches. Push taps switch off automatically, this takes away the possibility that someone may leave the tap running.  Push taps offer more control over the flow of water as users wash their hands for less time, impacting less water consumption in a long run.

The taps replacement campaign started on the ablution facilities of beaches in the George municipal precinct. Areas covered so far are Leentjiesklip, Gwaiing, Herolds Bay and Victoria Bay beaches.

The Municipality challenges the community of George to explore more creative ways to save water to ensure that all of us get a fair share of this very scarce commodity. We also continue to encourage the consumers to follow the water restrictions.

Any person who contravenes these restrictions is guilty of an offence and is, upon conviction, liable to a fine as published in the annual tariffs list, or six months imprisonment. Contraventions of the Water Restrictions can be reported on 0800 424477 and will be followed up by George Municipal Law Enforcement. Report all water leaks to our Civil Engineering Department on 044 801 9262/66 or after hours 044 801 6300.