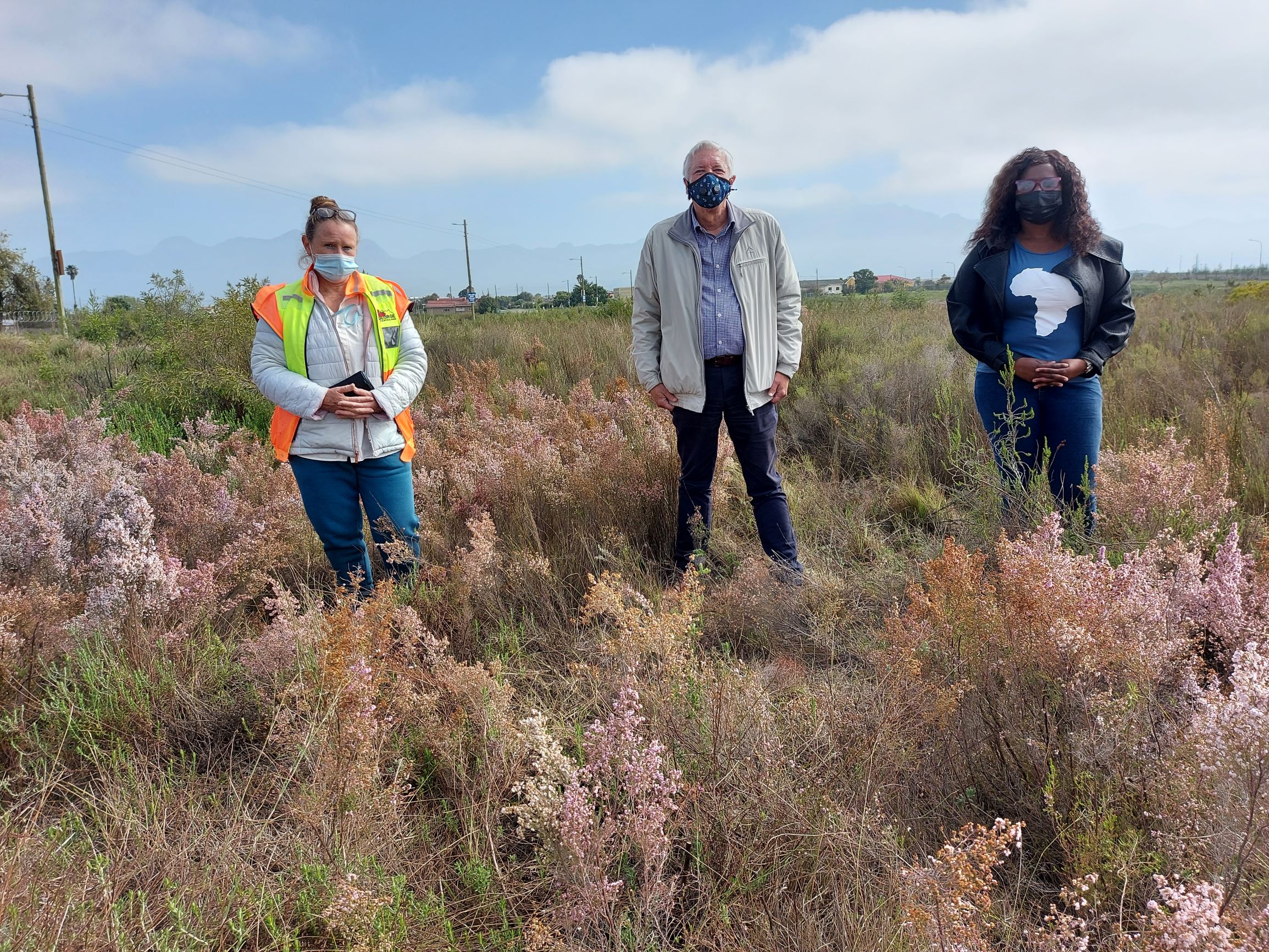 Executive Mayor Leon Van Wyk visited the very first “environmental offset area” which has been established for George Municipality on Erf 3810.  An “offset area” is an area set aside for biodiversity conservation and protection in perpetuity, when another area of conservation value has been utilized for a development.  In this case the building of the housing project on Erf 325 was done in such a way that a portion of the wetlands were utilized for housing.  As a result, an offset was called for when the scoping report was submitted.

As the area that was utilized was of a lower conservation value than that being conserved, it is known as “Trading up”. So, this environmental offset area,  a total of 9.94 hectare, is an ecosystem of greater value to biodiversity conservation from the one used for the housing project.

This area will have to be registered under the Stewardship Programme which is co-ordinated by CapeNature. A Management plan will be compiled and implemented, and it has been recommended during the site visit by CapeNature on 23rd September, that a controlled burn be carried out next year in the appropriate season to keep the fynbos from becoming moribund. The vegetation is classified as Fynbos, more specifically Garden Route Granite Fynbos which has been classified as critically endangered due to the small amount found in conservation areas. 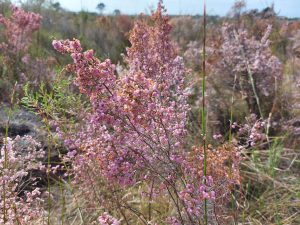 Ald Van Wyk expressed his delight during his visit last week Friday. “I am thrilled to be introduced to this green lung which will serve as an offset area to the large housing development nearby. It will be important to communicate with the surrounding communities to explain its purpose and to secure their collaboration to conserve the area. The school across the road can use this ground as its outside laboratory to encourage an understanding of how to live side-by-side with nature and to ensure that littering is kept to a minimum.”

Alien invasive species have been cleared in the previous season and follow ups will be done.The picking of indigenous flowers during season is allowed provided the correct and required permits are obtained from the municipality . The issue of dumping in this area is of great concern and communities are asked to report any such illegal dumping to our Law Enforcement offices on 044 801 6350 and for clearing to our Community Services offices on 044 802 2900.

Nature Conservation officials visited the site in September and were most impressed with the state of the vegetation as the Erica sp. occurring there was in full flower and this small area (9.94 ha) is a haven for biodiversity right within our urban edge. Birds are breeding in the wetland section.

For more information and or details around permits for picking of flowers please contact 044 8022900.