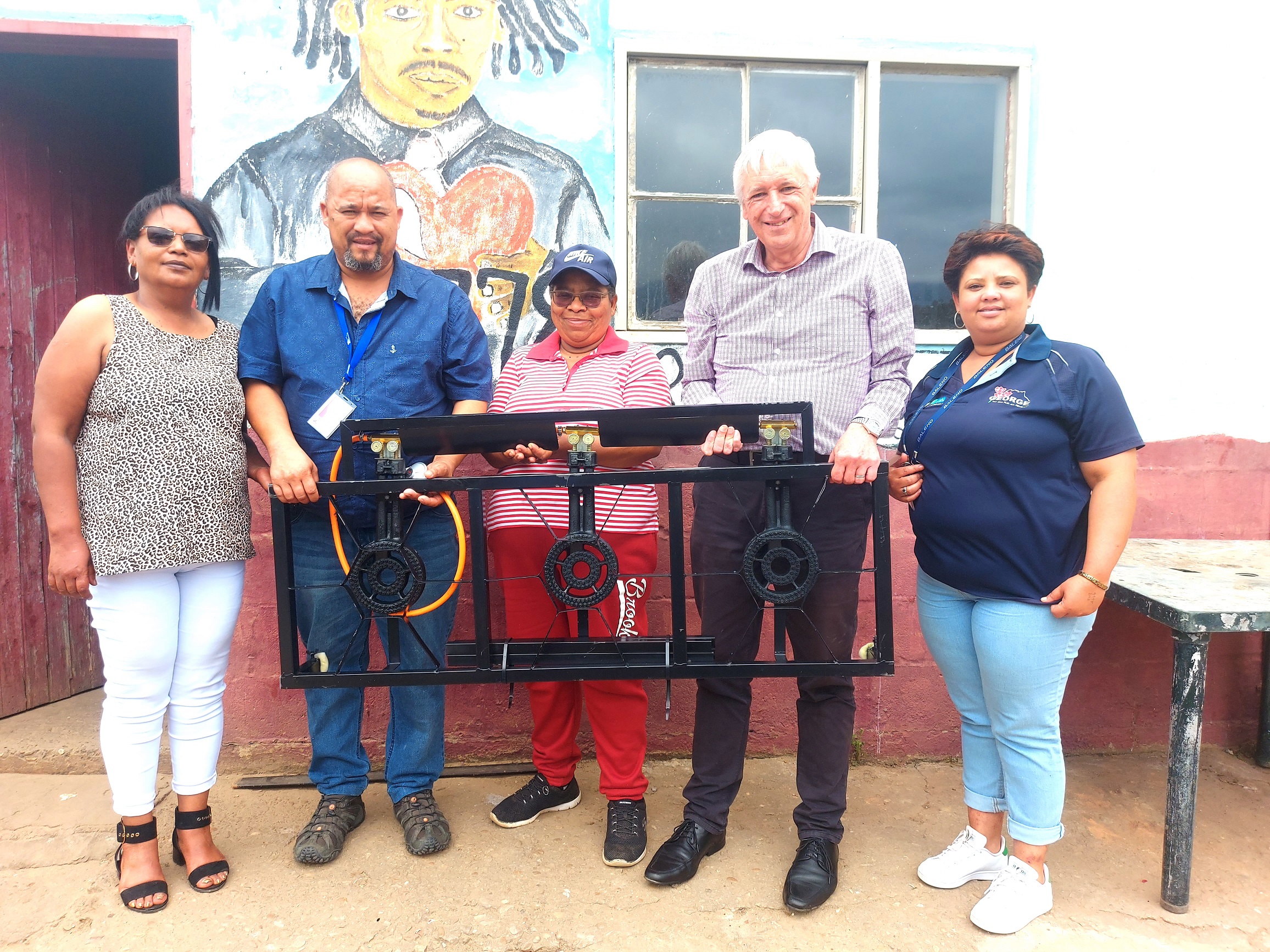 With less than a month to Christmas, a period that is characterised by the exchange of gifts, care and family time, the Executive Mayor of George, Alderman Leon van Wyk, and Councillor Brendon Adams, the Portfolio Councillor for Community Services, Social Development, Libraries and Sport went out to the townships of George on Wednesday, 7 December 2022 and handed over Gas stoves to eight (8) City’s nutritional centres, formerly known as ‘soup kitchens.

“Today we were in Conville, Pacaltsdorp, Thembalethu, Rosemore and Maraiskamp. I’m sure that many children in these areas rely on a hearty cup of soup as their only meal of the day. I would like to thank these women for the wonderful work that they do in our communities,” said Mayor van Wyk. 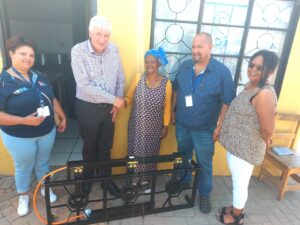 Witbooi could not contain her excitement and appreciation of receiving the new stove the Municipality bequeath to her. Reacting to the Executive Mayor, Ms Witbooi happily bragged to the Mayor that she will be making biryani on her new stove. 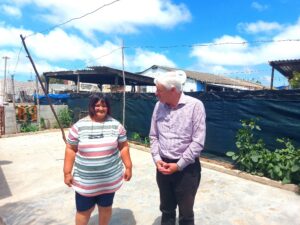 She also indicated that they need more donations, as there is a genuine need for soup kitchens and feeding schemes in the area. “The nutritional value of these foods needs attention as well and I try my best with what I get,” Gordon said.

On the flip side, Gordon, proudly mentioned that she hosts a Christmas party for residents every year where she feeds those in need. Last year she fed over 300 people.

As Mayor van Wyk and Cllr. Adams took a tour of her home, and Ms Gordon informed them that her husband built a kitchen space for the work that she does with her soup kitchen. Upon receipt of her stove, she expressed gratitude for the stove and said that they will make space for her new stove. Gordon feeds between 250 – 300 people twice a week (Monday & Thursday).

Mayor van Wyk commended Gordon for her work and reiterated that she is a hero of her community ensuring that people, young and old, are fed. She even made sandwiches for her visitors and told Mayor that she refused to have anyone leave her home without having something to eat and that the Mayor and Cllr Adams would not be an exception. 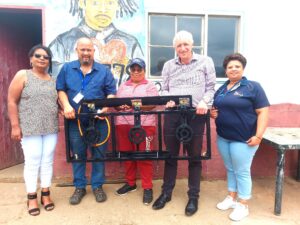 “Today I have met a few heroes in our society. I have so much admiration and appreciation for the work that all these amazing women do for their communities. These stoves will go a long way in aiding them in their pursuit.” Mayor van Wyk concluded.

Ms Stella thanked Mayor van Wyk and Cllr Adams and said that they will never fully understand how much this means to her. She thanked the municipality for this contribution. People wanting to support the nutritional centres can contact 044 802 2000.