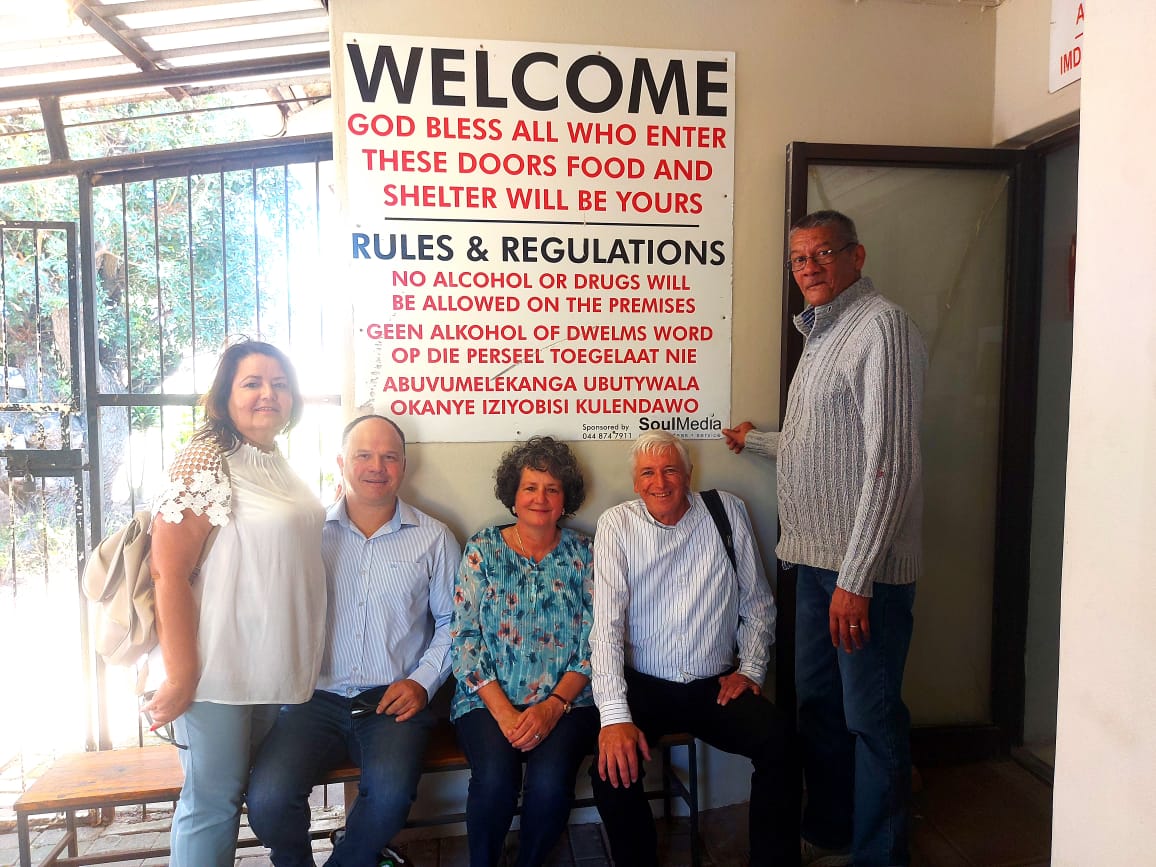 The Executive Mayor of George, Alderman Leon van Wyk, accompanied by Councillors Marlene Barnardt, the Chief Whip, Erika Brown councillor for Ward 3 and Donovan Gultig, councillor for Ward 18 visited the George Night Shelter on Friday, 2 December 2022. This is part of a series of visits the Executive Mayor and his entourage visited to appreciate and show support for social and community development programmes and activities in the City of George.

There are about 120 people in the night shelter every evening. The night shelter opens its doors to the homeless for R25 an evening which includes a cooked meal and breakfast. There is a permanent social worker based at the shelter who assists the homeless to apply for their IDs, helps them create CVs and assists them in applying for work. The George Night Shelter enjoys the support of both the George Municipality and the Department of Social Development (DSD), as well as donations from the community and businesses.

The assistant manager, Mr Chris Classen, gave the mayor and his delegation a tour of the shelter and spoke about their zero tolerance when it comes to the consumption of any substances. He said that occupants are expected to leave the shelter at 08h00 and return by 15h00, upon their return they are tested with a breathalyser. He also mentioned that the social worker based at the shelter tries to reunite occupants with their families. The delegation was also shown an artwork from a woman who lives in the night shelter, Tanja Roux who is pleased to share her work.

“I am highly grateful for the work being done at this night shelter. We have a homelessness problem in our town. Our service industry who are lending a helping hand should be commended for their work, the social workers, people like Mr Classen – you help make our town better with the selfless work you do,” said Alderman van Wyk.