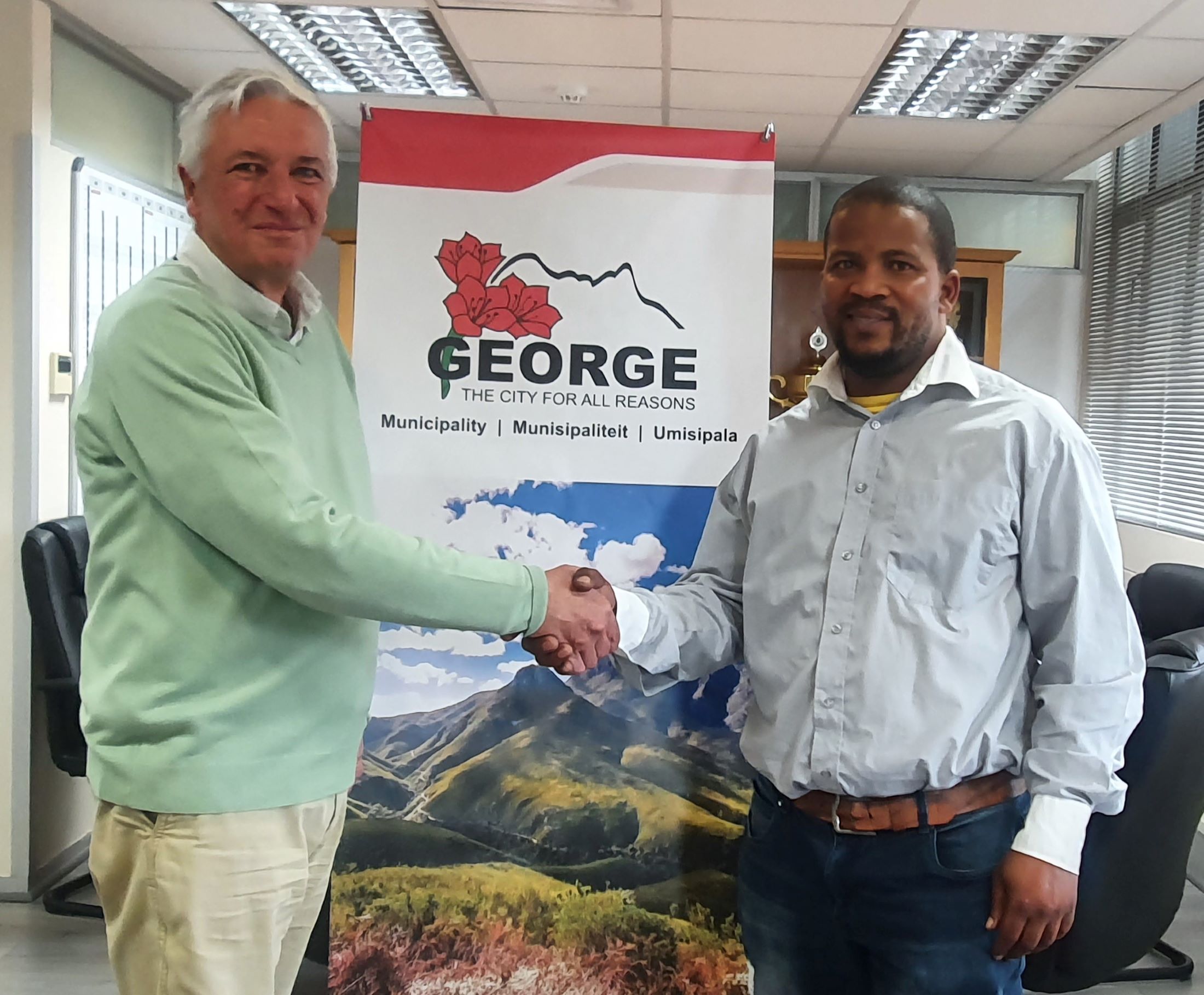 The Executive Mayor of George, Ald Leon van Wyk congratulated the Hennie Dollies (36) an agricultural worker from the Van Greunen Boerdery, a farming enterprise in the outskirts of George, who has been awarded a farm worker of the year and a winner of the animal production category a competition hosted by the Western Cape Department of Agriculture.

In a special meeting with Dollies and Nelius van Greunen, the chief executive officer (CEO) of Van Greunen Beordery this week, Ald van Wyk applauded Dollies for his dedication and hard work that have undoubtedly yielded good results.  “Today, I’ve met with Hennie Dollies who has won the award for being the top farm worker in the Garden Route; this is a competition that is held to reward and recognize farm workers and their achievements,” Mayor van Wyk said.

Dollies joined the Van Greunen Boerdery about 15 years ago as a general farm worker and have moved up the ladder to his current position of production assistant manager. Dollies had undergone an interview as part of the assessment criteria for the competition. “The interview was mainly about my duties and sought to establish my knowledge around my responsibilities of animal production. I also want to mention that the interview was done virtually as I could not be in the place of work on the day of the interview due to family responsibility leave,” Dollies said. 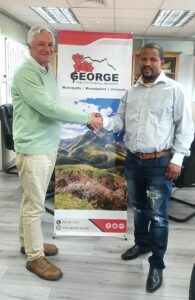 Nelius van Greunen, the CEO of Van Greunen Boerdery echoed Dollies’ diligence in his work and acknowledged him as deserving of the award. Hennie is a model of the expression of growth and opportunity in someone’s life who grew from the lower ranks building up his career working his way up, through hard work and responsibility. Through this, Hennie has acquired insight into what agriculture and farming entail,” said Van Greunen. 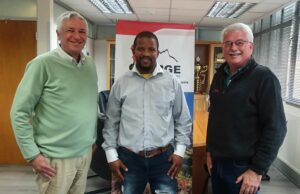 “We are proud that one of our employees received this award of the farm worker of the year (2021); Van Greunen Boerdery is not only proud of him, but also all personnel members that have, over the past years been part of the enterprise’s growth and success. We are grateful to the Western Cape Department of Agriculture for this competition as it is also a good way of acknowledgement of people that live and work on farms and the role they play in the broader community,” van Greunen added.

In his closing remarks, Mayor van Wyk said, “it’s truly been an honour to meet Hennie today and I want to encourage all other farming enterprise workers to do their best and to also pursue these great achievements.”