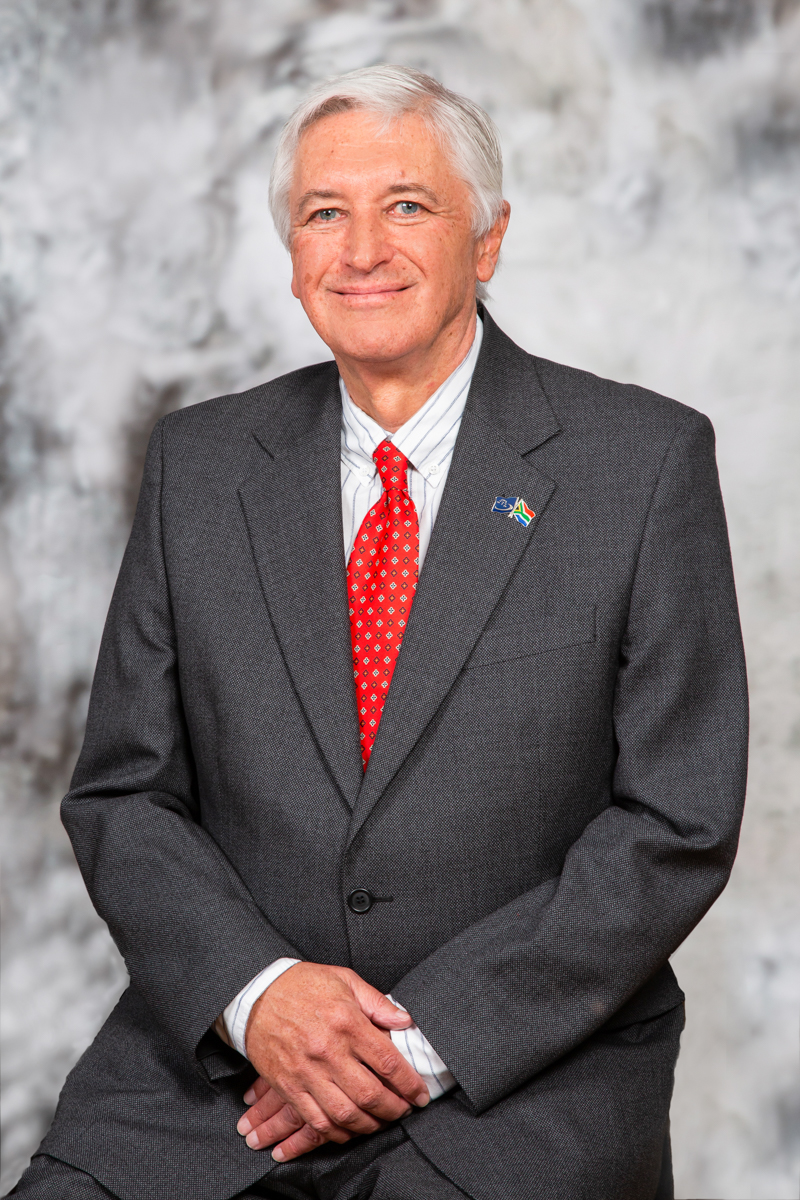 Prior to the December-January holidays, the George Administration made a commitment to participate in the Blue Flag rating status for our beaches. Participation in this project requires a dedicated approach for the rigorous testing of sea water, cleanliness of beaches and ablutions, keeping dogs off beaches, presence of lifeguards and a host of other requirements. Blue Flag status is internationally recognised by the tourism industry.

This process also triggered the decision for George to offer our visiting holiday-makers a memorable and quality holiday experience during their stay. This strategy was decided upon on the presumption that South Africans wanted to come and enjoy George over 2021/22. A seasonal monitoring committee of 20-30 members representing all Directorates was established that met every weekday at 08h00 from 1 December. Progressively, greater teamwork and work-processes began to emerge with NSRI, Sanparks and SAPS all playing their roles. Cllr Marlene Barnardt volunteered to hold the daily councillor watching brief and I attended occasionally.

Dr Gratz chaired these meetings as the various niggles were ironed out, from the sale of illegal fireworks to those of our citizens who insisted on trying to smuggle liquor onto beaches, those leaving their litter behind on the beaches, dog owners insisting on walking their dogs on Blue Flag beaches and campers ignoring bylaws (fully explained to them prior to the season) forbidding overnight camping on beaches.

Unfortunately, we also have property developers who have tried to operate businesses without the necessary planning and building control permissions. Our law enforcement staff were also called to deal with the theft of electrical cables and vandalism of equipment representing a considerable cost to George, with local scrap dealers no doubt facilitating these illegal transactions.

We believe the holiday season has boosted for our local economy with retail, tourism, accommodation and restaurant establishments all having above normal seasons. Many job opportunities would have resulted from this surge in business. We trust that the season will extend to late in January with coastal schools only returning to class on the 19th. We are very encouraged with the enthusiasm of the many temporary and permanent employees who joined hands in this team effort to showcase George.

It is worth remembering that George also had to tackle some huge challenges as our infrastructure took strain during the floods of 22 November following by further rain storms a few weeks later and water pipeline breakages. At present we are consuming virtually all the water that we are able to treat on a daily basis (due to the bumper holiday season). This means that at present we are unable to replenish our reservoirs to the levels that we consider to be safe. However, we continue to manage this process.