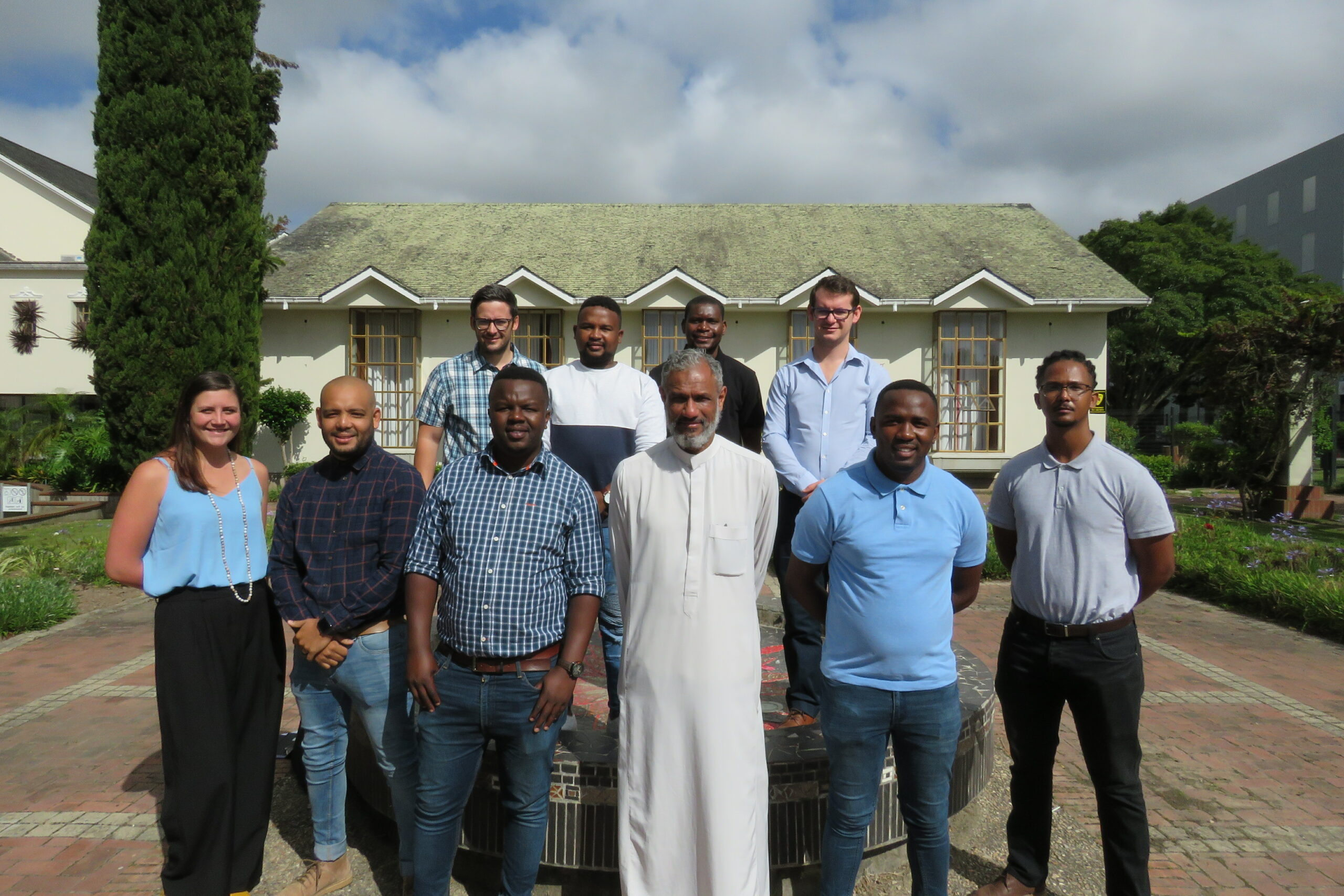 A number of new appointments in the Planning and Building Control division is already reaping rewards for the George Municipality. In previous year’s the municipal buildings have been closed between Christmas and New Year with only minimal staff on standby. This year the buildings were only closed on the Public Holidays and work continued at the usual pace. In terms of plans – 158 were processed in the season with 86 approved, which was 80 residential, 6 non-residential. 16 applications (14 residential and 2 non-residential) remain in circulation. The remaining 56 (52 residential and 4 non-residential) were not approved due to either not complying and/or additional information being required. Furthermore, a total of 55 (54 residential and 1 non-residential) Certificates of Occupancy were issued.

Five new town planners, one intern town planner and one ISDG GIS intern are welcome additions to the team.

Robert Henk Janse Van Rensburg is married and moved to George from Durban where he worked as Town Planner at K2m Environmental (Pty) Ltd. He achieved his Bachelors in Urban and Regional Planning and Masters in Environmental Sciences from North-West University, Potchefstroom. His hobbies of hiking and running, fit right into the lifestyle offered by working and living in George. He is looking forward to experiencing all of the activities the Garden Route has to offer.

Khuliso Jafter Mukhovha is a registered planner with over ten years working experience at both local and provincial government level. He achieved his Bachelors in Urban and Regional Planning from the University of Venda as well as a certificate in GIS and Public Management. He is originally from Ha-Mashua in Limpopo Province and is looking forward to enjoying his hobbies of travelling, hiking and soccer to name a few in George.

Amelia Lombard obtained her MSc in Urban and regional planning at the North-West University Potchefstroom Campus.  She has a passion for sustainability and hopes to make a positive change in the world. She is excited to be a part of the team at George.

Phillippus Martinus Botha, known as Martin obtained his Masters in Urban and Regional Planning and his Bachelors in Spatial Planning Honours at the University of the Free State. He also has a Batchelors in Development and Environment from Stellenbosch University. He worked as a Town Planner for seven years at Urban Dynamics, Cape Town) for 7 years and is professionally registered with SA Council for Planners since 2017 (SACPLAN): Pr. Pln. A/2518/2017). He is married to Talitha and a great sports fan, in particular of Manchester United.  He hopes to make a positive contribution to George Municipality.

Winsley Leighton Meyer is a local born and raised in George. He has been appointed as an Intern town planner and obtained his B-Tech Town and Regional Planning at Cape Peninsula University of Technology. He started his internship way back in 2014 with George, has interned at Oudtshoorn Municipality and most recently worked as a Candidate Planner at Delplan Urban Consulting. He joins the sporty group with his love of rugby and golf.

BUILDING CONTROL
Our Building Control division was equally busy with building control contraventions and complaints that were able to addressed expeditiously over the festive season. A total of 54 residential occupation certificates and 1 non-residential were issued. 19 complaints were received and addressed.

Our new Manager Building Control is Mogamat Fickerie Toyer who comes to us with over 25 years’ experience within the build environment in both the private (10 years) and Local Government environment (+20 years). He obtained his qualifications in both Architecture and Interior Design from the Port Elizabeth Technikon (NMMU) and has computer programming studies under his belt as well. He is married with 3 children aged 15, 12 and 11 years old. Fickerie spent 20 years at Nelson Mandela Bay Municipality, and then moved to Drakenstein as Manager Building Control in 2017 before accepting the post at George Municipality.

Eddie Koeberg has been appointed as Assistant Building Control Officer. He studied Building and Civil Construction at Northlink College in Cape Town and worked as a building inspector at Bitou Municipality previously. He is a local to Plettenberg Bay and married to Gillian. He is a rugby, football and soccer fan(Arsenal) and has reached the top 30 in Idols SA 2013 and 2014. He is a passionate musician, vocalist and performing artist skilled in the acoustic guitar

Luthando Fatyela appointed as Assistant Building Control Officer obtained his National Diploma in Building and Btech in Construction Management at the Cape Peninsula University in Cape Town. He has worked as a Building Inspector for the Drakenstein Municipality and worked as a Construction Supervisor for several companies around Cape Town. He was born and raised in a small township called Zwelethemba in Worcester and is another soccer fan, Kaizer Chiefs being his team of choice. He is also an avid chess player.

Our third Assistant Building Control Officer is Mkhululi Nyeka, known as MK. He obtained his National Diploma in Building and BTech in Construction Management at Cape Peninsula University of Technology CPUT and previously worked at Mossel Bay Municipality as an Assistant Building Inspector with an assignment of 28 areas of the town. He was born and raised in Cape Town and slo enjoys working outside and spending his free time exploring.