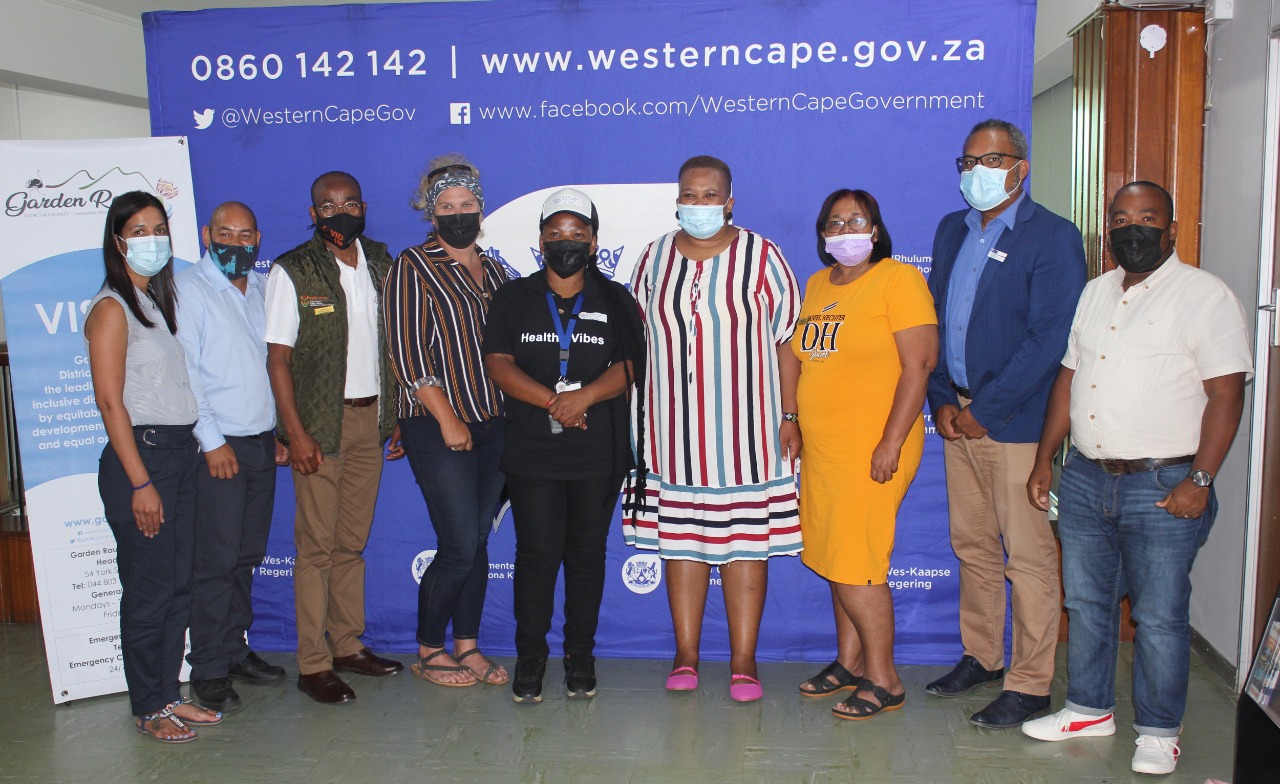 The newly appointed district health council for the Garden Route District was introduced by the Western Cape Minister of Health, Dr Nomafrench Mbombo, on 24 January 2022.

‘Community involvement in health is a crucial part of a good health system functioning. It is also an integral part of Primary Health Care, that is why I am committed to meaningful engagement with communities and civil society. This is critical because it gives the district mayors and councillors representing local municipalities an opportunity to interrogate our Annual District Health Plan checking to see whether their local health priorities are considered,’ said Minister Mbombo.

‘This collective approach to health in the Garden Route works because it raises the bar on health service standards,’ said Ald. Booysen. ‘Over the years, GRDM also extended its expert advice about municipal health services and will continue doing so in future.’

A district health council consists of:

Members of the council are:

Members of the public are requested to make use of the channels available to them, such as the district health council, to voice any matters that might need attention.