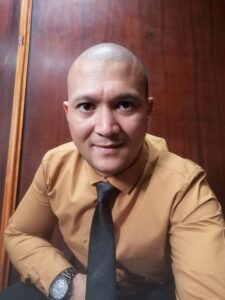 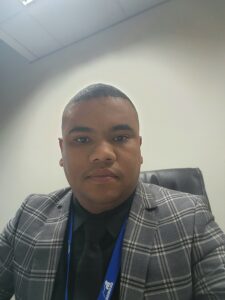 George Municipality is proud to introduce new senior appointees in key positions in the organisation.

JP (Jean-Pierre) Rossouw joined the Municipality on July 1st as Chief Audit Executive and he is responsible for the strategic and operational management of the Internal Audit Department within the Office of the Municipal Manager.

Rossouw brings with him extensive experience, and distinguished qualifications and to top it off, is an award-winning audit professional. He is an experienced Chief Audit Executive with extensive internal audit and risk management knowledge and skills in operational areas within local government. He has over 13 years of overall auditing experience with 8 years of managerial experience Rossouw is currently serving as the Chairperson of the Western Cape Municipal Chief Audit Executive Forum and as the Deputy Governor of the Institute of Internal Auditors South Africa (IIASA) Western Cape Regional Committee.

Rossouw who hails from Swellendam holds a master’s degree in Internal Auditing and various other qualifications in Auditing is also internationally recognised as a Certified Internal Auditor. He is married and have three boys.  He said he is now part of one of the most dynamic senior management teams and is more than ready to make an impact and add value.

Marí Müller who hails from Paarl was appointed as the new Deputy Director of Legal and Compliance on July 1st. Müller brings to George Municipality extensive experience in her field. She has been in local government since 2014 and is qualified with a Bachelor’s in Law (LLB), Master’s in law (LLM), BPhil (Maritime Studies) and she is currently busy with her Honour’s Degree in Public Administration.

Müller is residing in George and will be joined by her family as soon as possible. “Being able to serve others inspires me – it is not what you can take but rather what you can give that counts,” she said. Müller said she is looking forward to serving the community as part of the bigger family of George Municipality and being part of the growth and innovation, the Municipality envisages for the community.

Cassim says he enjoys working with people, providing them with support and contributing to their development. “I believe that people are an organisation’s most valuable asset – people inspire me to become a better version of myself,” he said. Cassim says his vision for his new role is to contribute to making George Municipality an employer of choice and a leader in Corporate Services within the Local Government Sector.  I have been warmly welcomed at the George Municipality and I am proud to be part of the team.