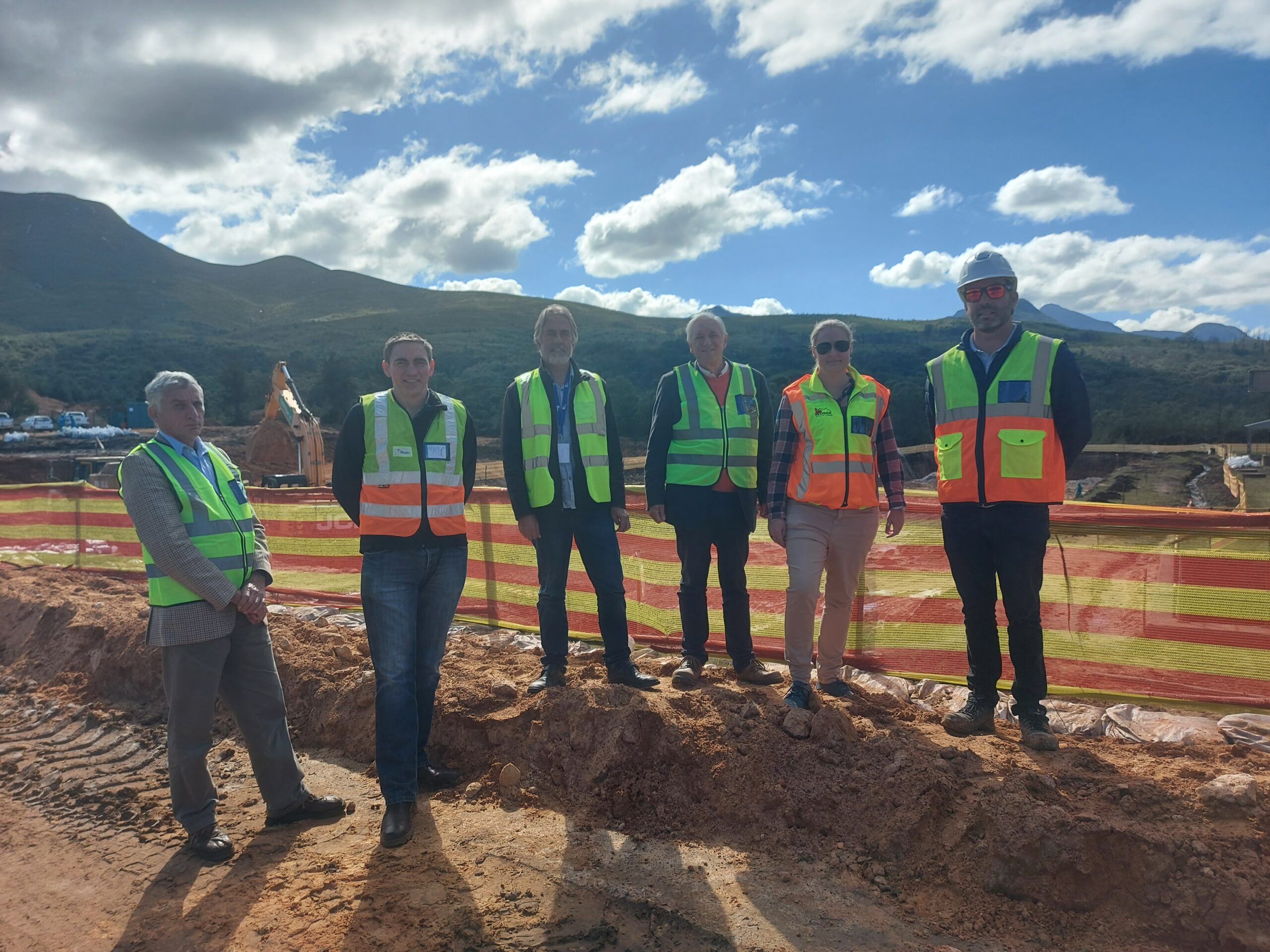 Following the successful application for a Budget Facility for Infrastructure funding (“BFI”) grant, two components of the 12 have broken ground and are underway while others will follow shortly. The 20 Ml/d treatment plant extension to the New Water Treatment Works (New WTW Denneoord) is component 2 of the 12 and the Sludge plant is component 1. These two components are grouped together in a single project with two construction contracts.

The first contract for the civil engineering construction has been awarded and construction has commenced on site for both components. This is the largest single component of the Water Security and Remedial Works project (BFI)  and is valued at R263 million. The tender for the mechanical, electrical and instrumentation (MEI) works is currently live and will close shortly.

Executive Mayor Leon Van Wyk together with Portfolio Councillor Jackie Von Brandis ( Civil Engineering Services: Capital Projects & BFI) and Portfolio Councillor Henry Hill (Planning and Development) undertook a site inspection last week.  “The size of the site works illustrates the enormous scale of the project being undertaken. Discussions with the engineers on site outlined the various components of this huge Water Security and Remedial Works project that will need to be managed over the next few years,” said Ald Van Wyk.

According to Gerard De Swardt, Project Manager for George Civil Engineering Services, the earthworks are currently under way with the major excavation for the Water Treatment Works extension consisting of some 20 000 cubic meters of earth material that will be excavated and stockpiled on site for re-use elsewhere. The high clay content of the soil renders the material useful for earth dam construction and possible other uses where low permeability is required to prevent groundwater pollution. Such projects have already been identified with one being component 6 of the Water Security and Remedial Works project, that is the construction of an earth dam to provide an additional 30 Ml raw water storage for water supplied to the two treatment plants.

The excavation for the 20 Ml/d WTW module is nearing full depth for the construction of the structures, depending on the outcome of Geotechnical testing which will determine the bearing capacity of the in-situ soil. Some further excavation and material replacement may be required if the conditions are not suitable. The placing of concrete will commence shortly and for this purpose two tower cranes of 23m height will be installed on site.

It is well-known that there is widespread concern about the state of water and wastewater infrastructure in South Africa and that significant amounts of funding will be required to rehabilitate this infrastructure within municipalities. The George management team recognised that the capital expenditure required for such a project would be significant and place enormous strain on the municipality’s financial resources. The initiative was taken to approach National Treasury to search for a solution. This approach culminated in the application being launched and in being awarded the BFI facility, George has become the flag-bearer among non-metro municipalities to lead the restoration of water treatment as well as wastewater facilities in the country. 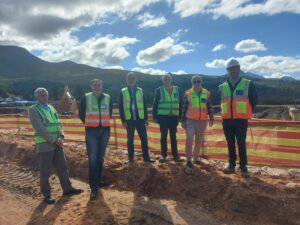 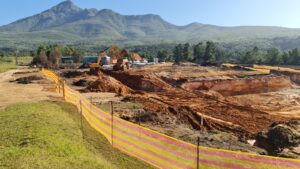