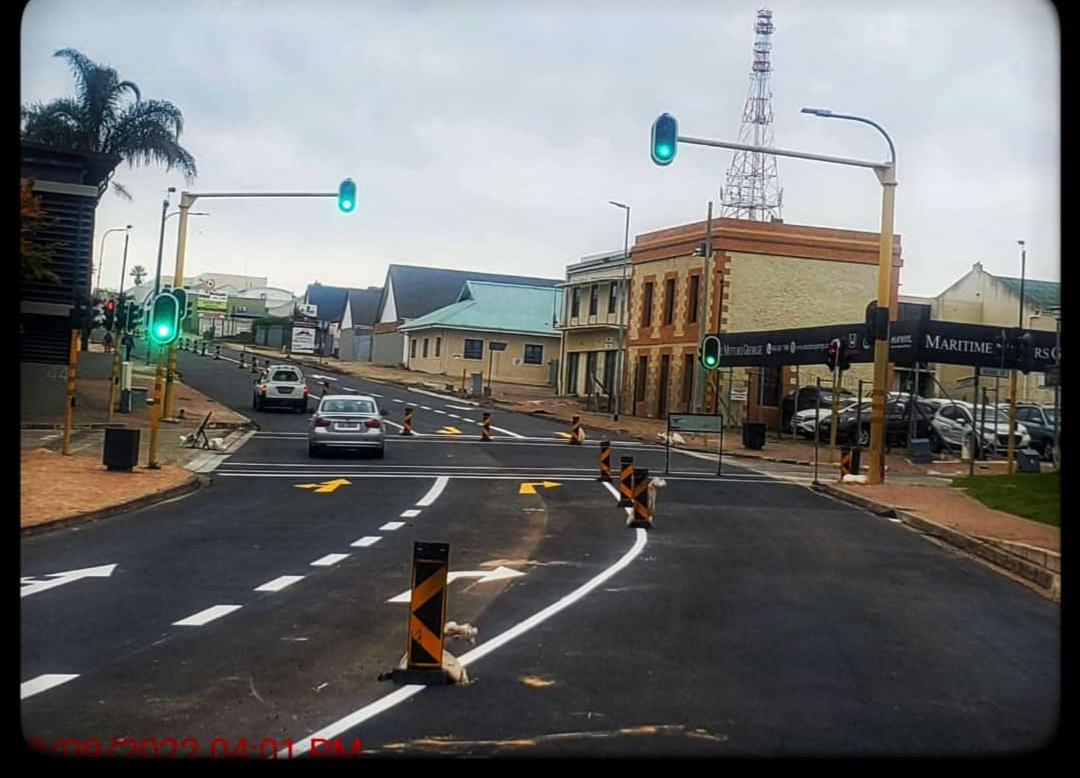 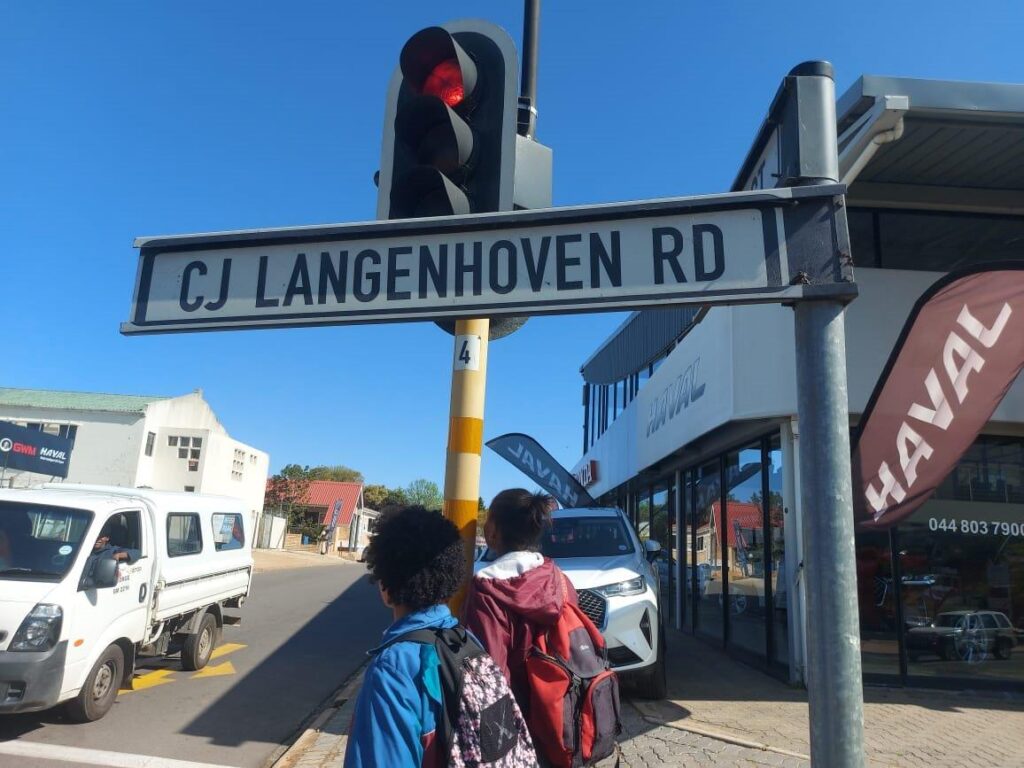 George motorists will be thrilled to see that the resealing of CJ Langenhoven Road  between Davidson Road (Provincial Hospital) has been completed, a full month earlier than the predicted mid-October. This is a testament to our Civil Engineering Department who undertook the remedial project at short notice after receiving a significant portion of the Provincial budget in the form of Grant Funding
(80%)with the proviso that the spending is completed before the end of December 2022.

CJ Langenhoven Road and York Street are both Proclaimed Roads within the Municipal Road Network, and the budget and maintenance of these roads is provided for by the Western Cape Government: Transport and Public Works who is the Road Authority of both Roads. CJ Langenhoven Street opened to traffic today and will be followed shortly by the opening later this afternoon of the Market/York Street intersection allowing for bi-directional traffic flow, another roads upgrade project which is progressing well despite initial delays. 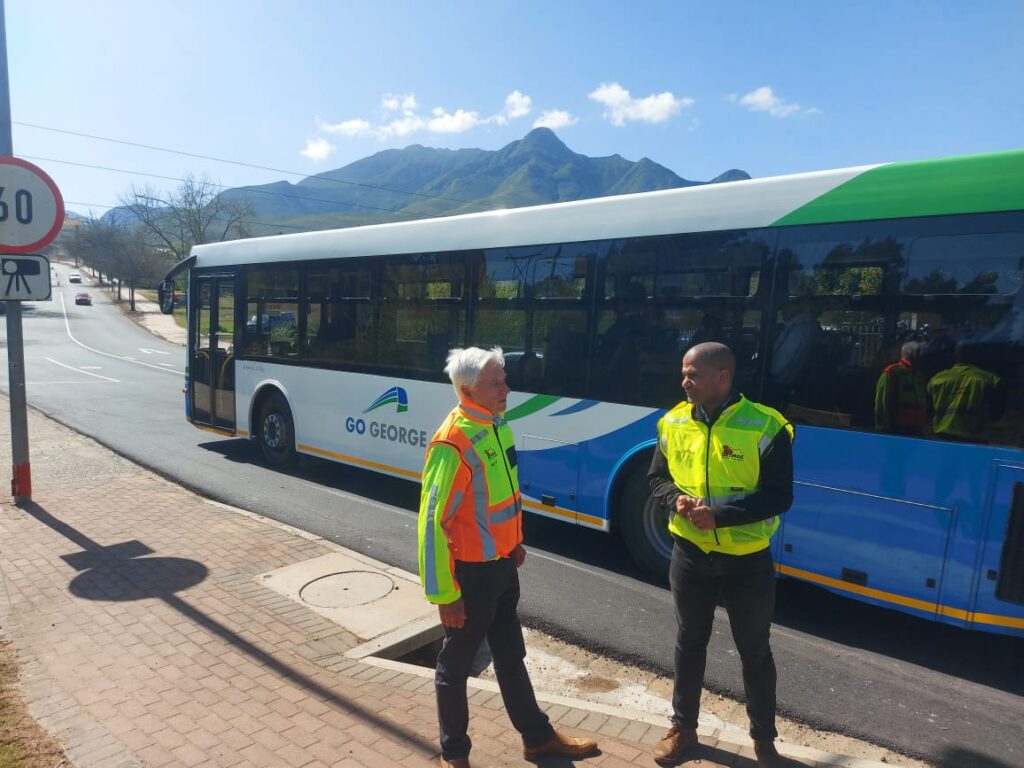 Investment in road infrastructure contributes to growth and productivity
Our roads make a critical contribution to economic development and growth and, in turn,  bring about all-important social development. “A well-planned and well-maintained road network is vitally important for development in that they provide access to employment, social, health and education services.  George Municipality’s investment in road infrastructure directly contributes to growth and productivity in that roads are a critical component of the production process of many goods and services, “ said Director for Human Settlements, Planning and Development, Ms Lauren Waring.

Access to main tourist attractions
Joan Shaw, Tourism Manager for George is thrilled that both roads CJ Langenhoven and York Street which are exceptionally important tourism routes are being updated. “The two roads form part of the main arterial network giving visitors access to not only many tourist attractions, but to the hub of the city of George  – that is the home of many regional facilities including  the George Airport, George Provincial Hospital and the Medi-Clinic, Home Affairs Offices, the Garden Route District Municipality, to name a few.  York street also houses many of the banks and foreign exchange facilities.

These roads also give access to many of the main tourist attractions such as the George Golf Course, Fancourt Hotel and Estate, Red Berry Farm, Herold’s Bay, Gwaing River mouth, the historical hub of the city centre, and many other first-class accommodation establishments, restaurants, and attractions, including unique shops. It is vital that such these and other routes, are in tip-top condition for the upcoming festive season, along with the rest of our facilities”, said Ms Shaw.

York Street closes this week for resealing
York Street will close later this week for the milling and removal of existing bituminous layers as well as milling and removal of existing gravel base layers that will be followed by the placing of new bituminous base layers and surface layers. The anticipated completion date is currently projected by end of mid-January 2023 for the entire project, but the entire inbound lane will be completed before December 2022. Site inspections in this regard have already been undertaken with Provincial Roads officials.

The works include the  rehabilitation of York Street Northbound lanes with the  approximately 1000m section in question,  located between Nelson Mandela Boulevard in the south and Courtenay Street in the north. The George Civil Engineering Department will simultaneously address any storm water and kerb repairs that are needed.

George Municipality apologises for the inconvenience and appeals to road users to be patient and exercise caution during the project. Please look out for and adhere to temporary road signage and roadworks personnel.   There will be height differences between the two lanes while milling and asphalt construction work is in progress. Drivers, cyclists, and pedestrians must exercise extreme caution, especially during wet conditions and when visibility is poor and at night. Vehicles with low profile tyres and motorcyclists must take extra care.