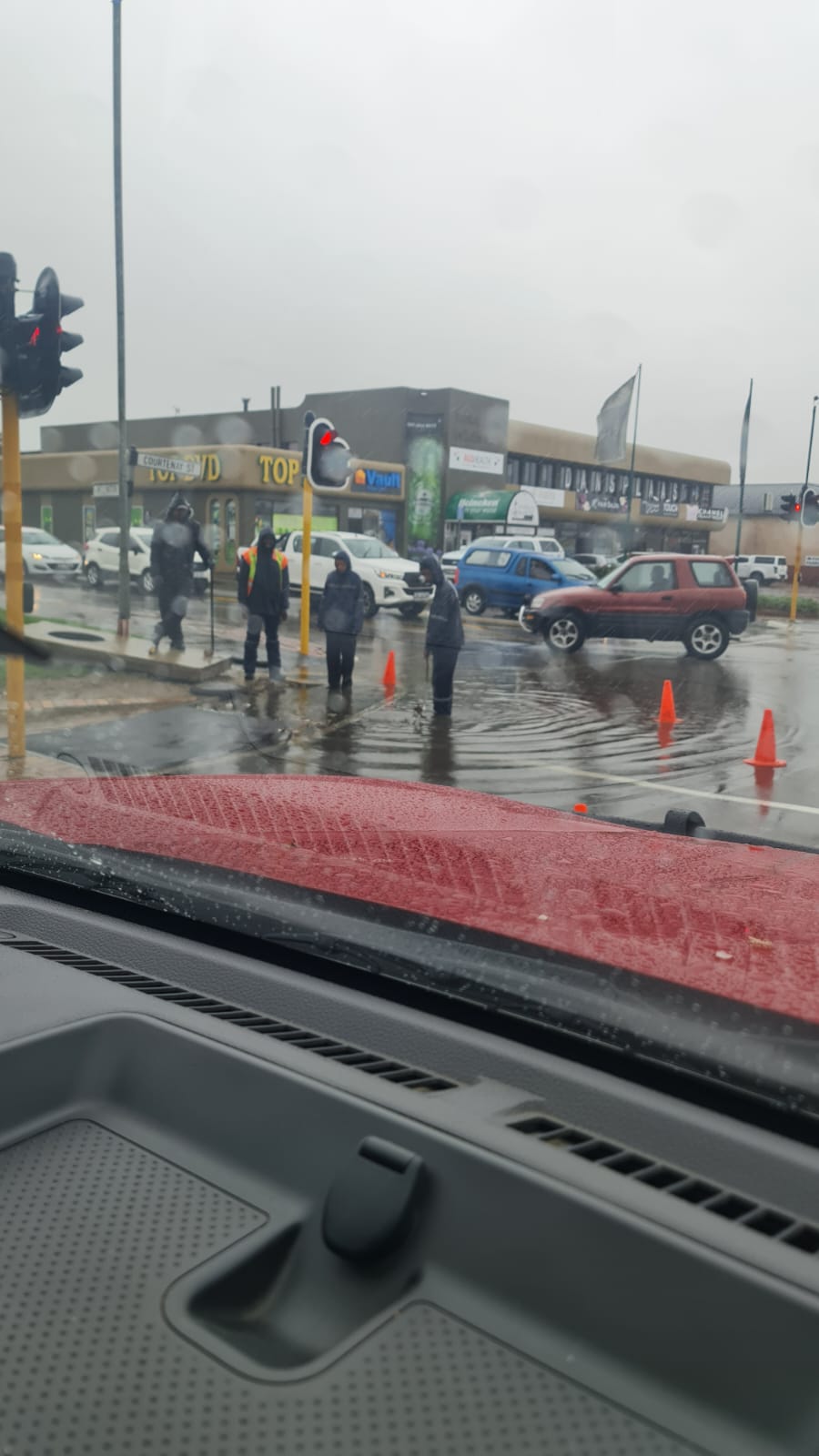 George Municipality holds a daily Festive Monitoring Committee meeting with all directorates which includes external stakeholders such as SAPS, SANparks and NSRI. The committee jumped in and added preparation for the Storm Alert issued last week to the regular agenda about festive safety and service delivery in George as result keeping the damages to a minimum. External stakeholders such as SANPARKS made immediate arrangements to breach the Touws River in advance of any possible flooding in Wilderness.

Stormwater Clearance
Stormwater infrastructure in the usual problematic areas were cleaned days in advance after receipt of the alert and where possible damaged infrastructure was repaired in anticipation of potential flooding. The storm water division has followed a stringent programme of cleaning throughout George and surrounds prior to the festive season starting.

A total of 19 storm water complaints were received and addressed. One stormwater pipeline collapsed in Dormehlsdrift.  It  must be noted that a number of areas have recently had their stormwater networks upgraded using municipal grant funding (MIG) and that these areas had no problems over the past weekend,  highlighting the value of the investment in our neighbourhoods. 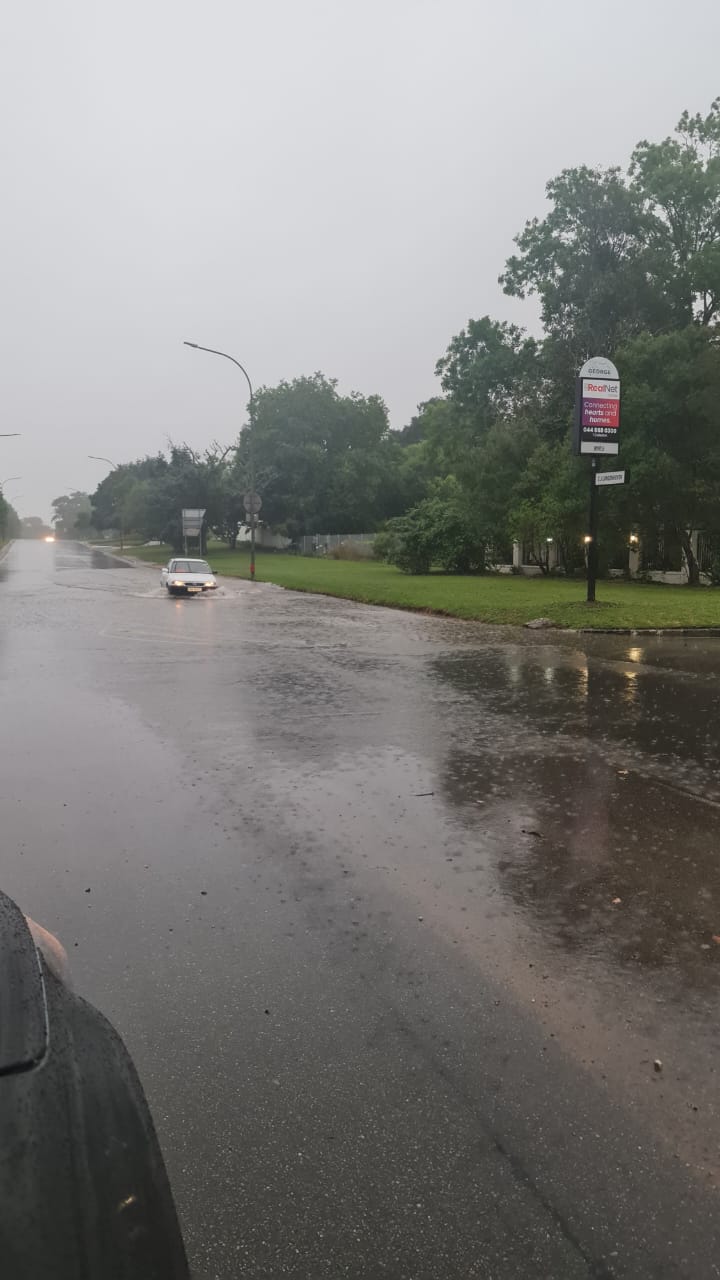 George Fire and Disaster Services
The Disaster Centre filled and issued 84 sandbags in preparation of the poor weather with sand supplied by our Civil Engineering Services Directorate. Three additional personnel were added to the Disaster Call Centre to handle the influx of calls and two additional Emergency cellphone numbers were issued for public to make contact with the Disaster Centre. A number of senior officials were tasked with moving around the city during the periods of high rainfall to continuously monitor any potential flooding and report back to the Disaster Centre for action. One motor vehicle accident was reported in the Outeniqua Pass and one informal house fire was addressed on Saturday afternoon.

Traffic control and road closures
CJ Langehoven and Courtney Street were partially closed for a short period on Friday. Traffic officials or pointsmen were placed at the critical busy intersections impacted by flooding on Friday. Additional batteries were placed at critical intersections to accommodate the extended loadshedding periods over the weekend which affected the ability of the UPS’s to recharge. Where a battery could not be added, traffic officials or pointsmen were placed for short periods to resolve traffic flow.

Debris cleanup by Community Services
Community Services teams cleared the CBD of storm debris on Saturday and continue to clear the beaches each morning with some debris visible early this morning. Cleanup generally takes place before 8am of each day.

Formal Housing
A total of 51 requests were received for gunplast in various areas for persons residing in backyards and houses with roof leakages, however in terms our policy in this regard gunplast cannot be distributed to persons living on private property and in  formal housing. Priority was thus given to persons residing in the informal settlements.

Power outages due to inclement weather
A power outage in the Herold’s Bay farming area was weather related. Other outages in Heather Park. Blanco, Herold’s Bay beachfront, Oubaai and Breakwater Bay were related to loadshedding.