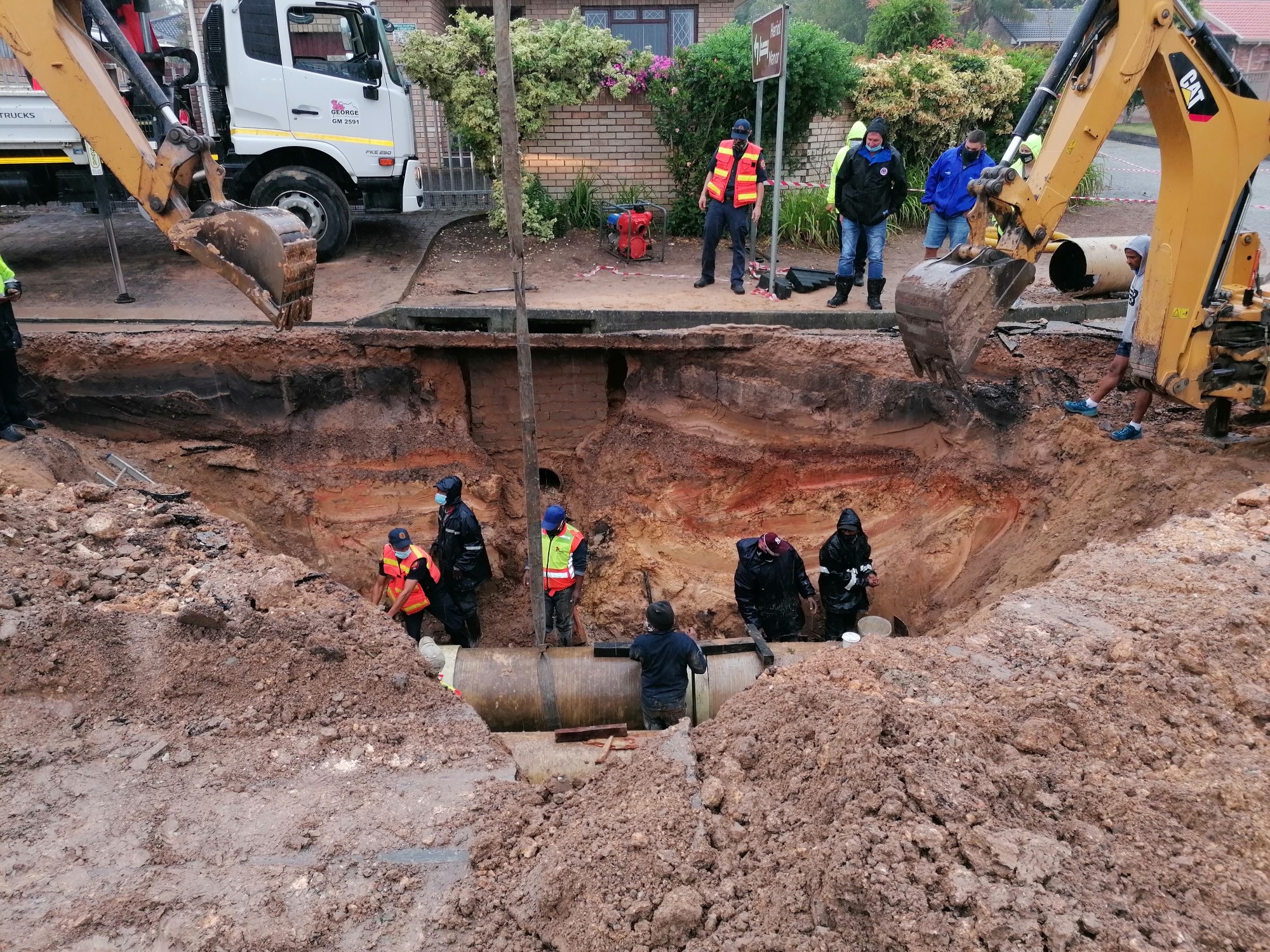 THEN AND NOW
Remember this? George Municipality last month completed road repairs in Herriot, Spreeu and Parakiet Streets, all of which had been extensively damaged during a massive pipe burst in Herriot , Genevafontein in March. The soil work above the main burst site had taken place immediately after repairs, but tarring and other repairs had to wait until soil had completely dried out and settled. As the entire area dried out the true extent of the underground damage to the roads could be determined and eventually necessitated the resurfacing of Herriot from the pipe burst site and down the hill to the intersection with Parakiet, as well as Spreeu Street from Herriot to the Parakiet intersection, and Parakiet Street between Herriot and Spreeu. 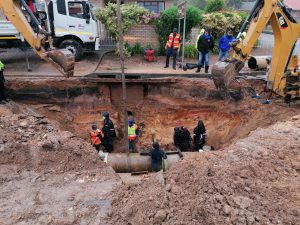 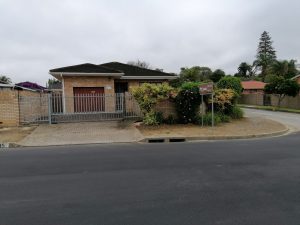