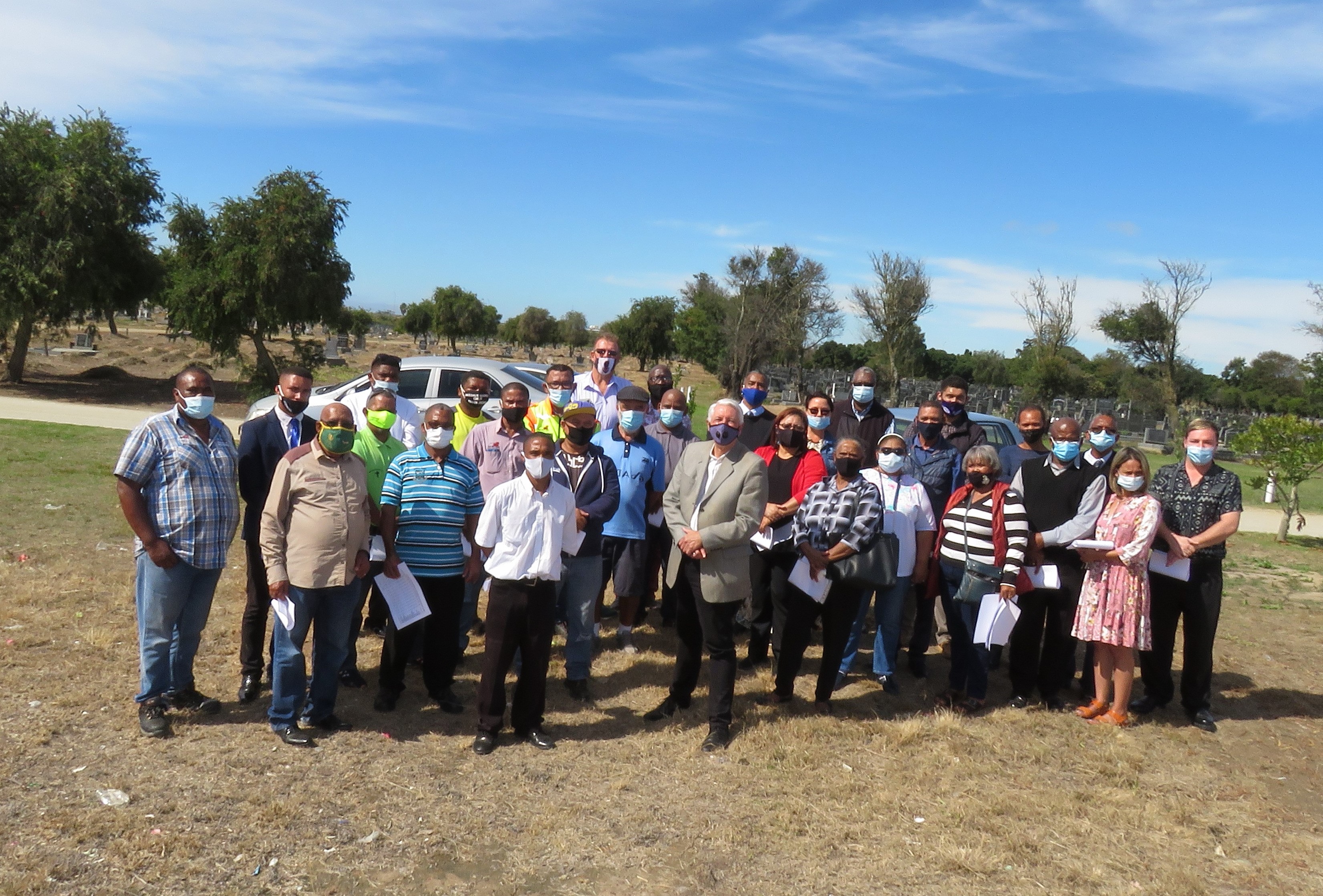 George Municipality this week officially awarded burial blocks to local undertakers following recent extensions at its York Street Cemetery. The 18 000sqm new extension provides space for about 7500 graves which should be sufficient for at least seven years.

George Municipality Acting Director Allen Paulse said the York Street cemetery had been nearing capacity and had become urgent when deaths rapidly increased from 64 burials at municipal cemeteries in October 2020 to 94 in November 2020 and 176 in December 2020 – most of which were confirmed Covid-19 related deaths. “There had been historic uncertainty about the zoning for cemeteries adjacent to the current cemetery, which had subsequently been resolved and allowed us to clear land early in January 2021.

“We are grateful that the necessary groundworks could be done well before capacity had become a crisis. The remainder of burial sites on the old site will be the preferred site for Covid-19 burials, and the undertakers can commence with burials on the new site immediately.”

Mr Paulse said that in addition to the space cleared now, more suitable land was available on the York Street premises when required.

The Uniondale cemetery is nearing capacity with burial sites for about another three years. The municipality has identified possible suitable land and are currently investigating whether it meets the specific requirements for the establishment of a new cemetery.