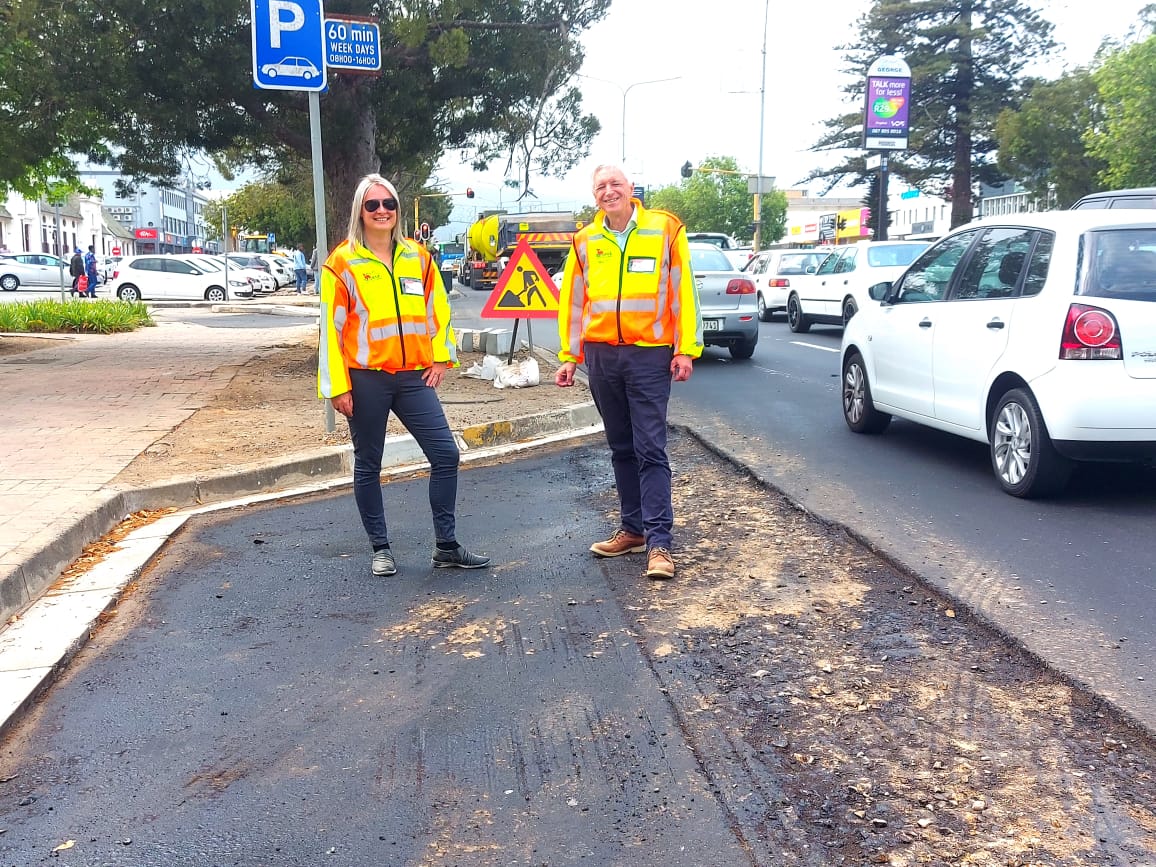 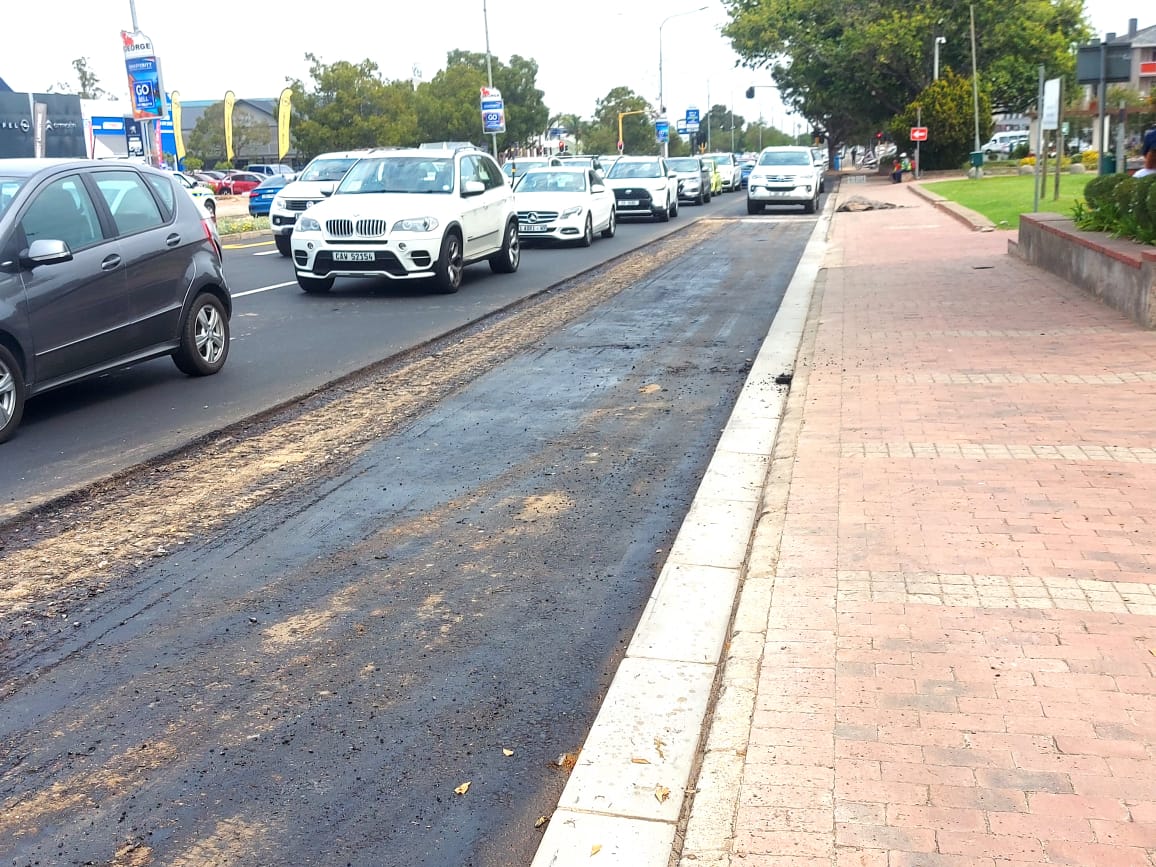 Ald Van Wyk and Portfolio Councillor for Civil Engineering Services: Capital Projects Jackie Von Brandis last week paid a visit to York Street for an update on the nearly complete northbound lanes.
The works on the southbound lanes are due to start this week. The section in question is located between Nelson Mandela Boulevard in the south and Courtenay Street in the north and will include the repair of kerbs and stormwater repairs.

Funding is received from the Western Cape Provincial Government for the upgrading and maintenance of Proclaimed Roads which includes CJ Langehoven (already completed) and York Street  must be fully spent by 31 December. As far as is possible major construction work is scheduled annually for completion by December , or for commencement in January of the next year. George is a major tourist and holiday destination, and the annual December-January peak holiday season is also the peak economic season for many businesses in George, both big and small . Apart from its abundant natural attractions, George’s main attraction is also its excellent services and infrastructure. These road upgrades will significantly improve the main accesses to George, as well as other well-travelled routes.

Traffic congestion can be expected and there will be height differences between the two lanes while milling and asphalt construction work is in progress. Drivers, cyclists, and pedestrians must please  exercise extreme caution, especially during wet conditions and when visibility is poor and at night. Vehicles with low profile tyres and motorcyclists must take extra care. For the duration of the construction period, Traffic officials and/or point duty officers will be utilized during peak hours where possible to try and assist with traffic flow.