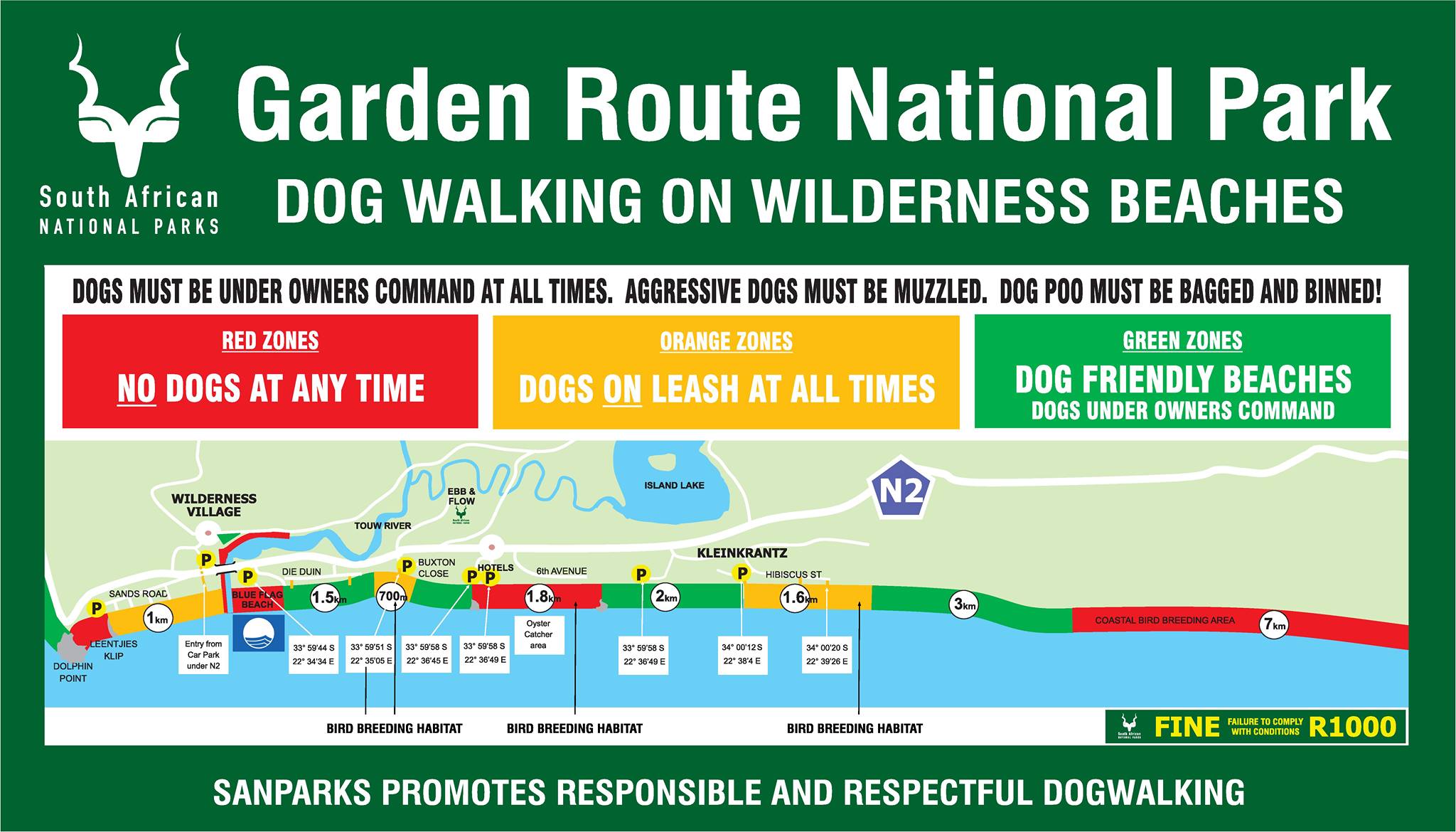 Dogs on beaches(sand area) detrimental to Blue Flag status
Issued by George Municipality 20 December 2021
George Municipality wishes to inform all dog owners that for us to adhere to the Blue Flag international standards at all our beaches, it is imperative to enforce strict rules of NO DOGS ON BEACHES (SAND AREAS) that is in line with the Municipality’s By-law, Keeping of dogs, cats and animals.

Dog excrement can contaminate the water and jeopardise the Blue Flag status of our beaches-even if the dog poop is picked up.
Dog owners are therefore warned to keep dogs on a leash and off the sandy areas at the beaches. Law Enforcement officers will not hesitate to act against those that do not adhere to the By-law.

Blue Flag beaches promote tourism which stimulates the economy and assist with job creation. The status offers many benefits including improved tourism facilities, enhanced management of coastal ecosystems, increased awareness of the coast and capacity building of coastal municipalities as well as carrying significant international merit.

Further to this By-Law no dog or other animal may be in any public street or public space (any open public space the public has access to which falls under the George Municipal jurisdiction for example beachfronts, parks, sport fields and sidewalks) except on a leash and under control. This is unless the animal is in an area designated by the George Municipality as a free-running area. A person is not allowed to walk a dog other than a guide dog, ON A BEACHFRONT, a public street, public place, without carrying enough plastic or paper bags or wrappers, to place the excrement of the dog into, in the event of the dog defecating.

Please note that dogs are allowed on the sidewalk areas, (tarred, brick-paved etc.) of beachfronts, if these conditions are adhered to. The beach areas under the control of the George Municipality includes Herold’s Bay, Gwaiing River Mouth, Victoria Bay and the Leentjiesklip areas.

The public must also note that By-laws relating to dogs on a street or public place relate to the George Municipal jurisdiction and it might differ from other municipalities. The public is also requested to humanely muzzle and keep dogs under control, which could be considered dangerous, vicious or ferocious. No animals should be left in an unattended and or a closed vehicle or open bakkie in any public street or space. If this by-law is not adhered to, a fine of R1000 will be imposed.

Mr Richard von Willingh, Manager Law Enforcement at George Municipality, requests that animal owners leaving on vacation have their animals cared for by a reliable person or at an animal boarding facility such as kennels or catteries.

We ask dog owners to familiarise themselves with a map of Sanparks attached, to see where dogs are allowed on beaches and where not.